Donegal police advised to use caution when dealing with Galway resident, Antonio Mureddu, filmed in "rescue" days before 67-year-old's death. 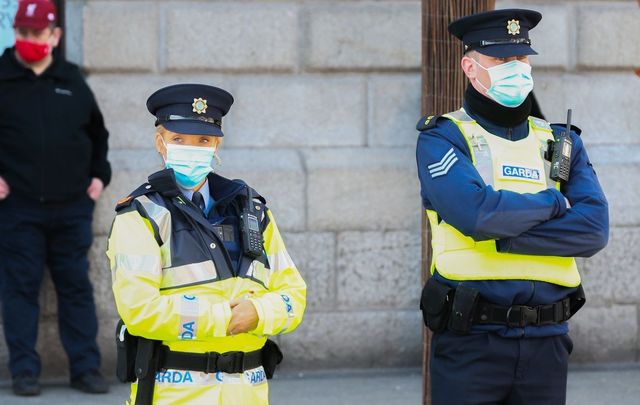 A senior police officer has been appointed to investigate the incident, in which Joe McCarron (67), who was suffering from Covid, was encouraged to leave a Donegal hospital against medical advice. McCarron, from Dungloe, has since passed away due to his illness.

The patient, Joe McCarron, was readmitted to Letterkenny University Hospital (LUH) two days after he left the hospital and put on a ventilator. He died on Friday without regaining consciousness. He was buried on Sunday afternoon.

In a video, widely spread on social media Italian restaurant owner, Antonio Mureddu, who has a history of involvement in conspiratorial and far-right activism, claimed he was rescuing McCarron from hospital. He falsely claimed that the hospital's treatment would "kill" him.

The doctors told McCarron he was "endangering" his life. One hospital staff member said, “It’s a very difficult disease that you have, and I’m not lying to you, you could die, but this could be your best chance in the hospital."

Mureddu responded by saying "It’s better that he die in the house than he dies here."

Later in the video, he said "We are so happy we have saved Joe’s life."

McCarron left hospital on Tues, Sept 14. McCarron was rushed back to hospital within days and was laid to rest on Sunday.

Police in Donegal have been advised to be careful if dealing with Mureddu, the Irish Times reports. In a memo, they were warned of a concern that he would pass Covid-19 on due to his previous behavior.  It was also confirmed that this was not the first such incident that has occurred at Letterkenny hospital in recent weeks.

A Garda (police) spokesperson said on Sunday "An Garda Síochána continues to investigate a number of recent incidents which occurred at Letterkenny University Hospital."

They added “A senior investigating officer is appointed to oversee the investigation.”

Joe McCarron, a former radio DJ, was a carer for his wife of 38 years, Una. Speaking at his funeral mass Father Eddie Gallagher said "This is a very sad day, and we think of the bereaved who are broken-hearted on this day.” 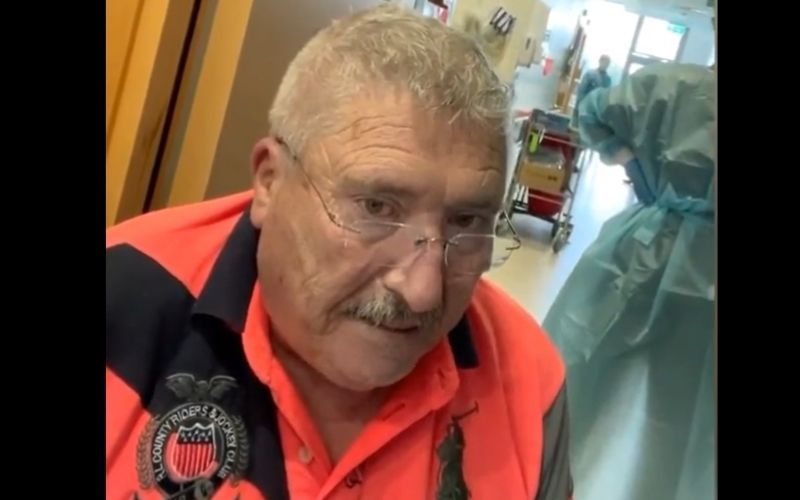 “The best gift, the only gift, we can give to Joe McCarron today is our prayers.”

The priest made special reference to McCarron's friends from the Alcoholics Anonymous fellowship. He said "Life can be a bumpy road. I’m sure Joe had many good days and did many good deeds, especially in AA.

“I’m sure, like us all, he made mistakes. We ask God today to reward him for his good works and forgive him for any wrong he may have done," BreakingNews reports.

Antonio Mureddu is a former Italian soldier. He carried out the recorded "rescue" of McCarron with the help of members of the  Common Law Information Centre, in Ballybofey. This group promotes a bizarre interpretation of the law. They believe that the State's legislation only applies to private citizens if they consent to them.

Mureddu is filmed in the "rescue" video along with Michael McGee, also from the Common Law Information Centre. Mureddu said McCarron had requested his assistance.

The Irish Times reports that Mureddu, who also goes by the name Antonio Gravegliu, is the director of the company which owns the Headford Arms Ristopub in Headford, Galway.

He supports the Italian far-right Lega party. In 2019 Mureddu sought to host a meeting for Irish supporters of the party at his restaurant.

Recently, Mureddu was pulled over by police for speeding. He recorded the incident and uploaded it. During the interaction, Mureddu, seated in the driving seat of the car, tell the police he was not driving and tells the officer "I am the master you are the servant".

Following the incident involving McCarron, The Saolta Hospital Group, which oversees Letterkenny Hospital, said: "Saolta has grave concerns about the impact of this type of activity on both patients and staff.

"Patient safety and care is of paramount importance to the group. Hospitals across the region are under extreme pressure as a result of record levels of attendances of both Covid and non-Covid patients.

"The deliberate spreading of disinformation and at times defamatory comments against named staff members along with the posting of these videos on social media platforms is adding significantly to the burden already facing healthcare professionals."