Care home residents over the age of 65 will be among the first people to receive the vaccine in Ireland. 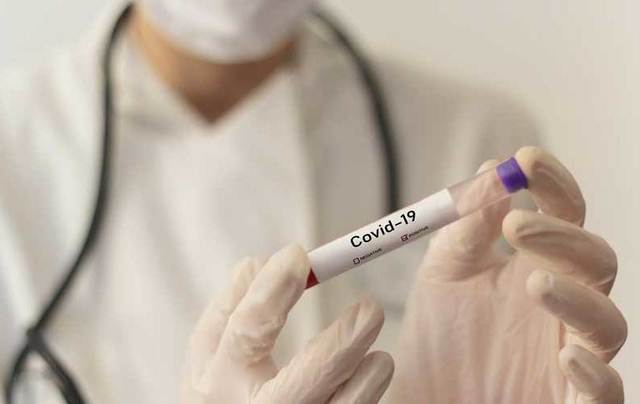 The European Commission is set to meet on Monday night to ratify the decision by the European Medicines Agency. Getty

The European Medicines Agency has approved the Pfizer/BioNTech COVID-19 vaccine, paving the way for the administering of vaccines to begin in Ireland and other EU member states as early as next week.

The EMA, which acts as the EU's drug regulator, authorized the Pfizer vaccine on Monday afternoon, but the European Commission must also approve it before innoculations can begin.

The Commission is set to convene this evening to ratify the EMA's decision.

The EMA announced the news at an online press conference on Monday, stating that the quality, safety and efficacy of the vaccine was supported by "sufficiently robust data".

Emer Cooke, the Dublin-born executive director of the EMA, told the virtual press conference that the agency's decision was an important step in the fight against COVID-19.

"Today’s positive news is an important step forward in our fight against this pandemic, which has caused suffering and hardship for so many," said Cooke, who recently became the first woman to head the EMA.

"We have achieved this milestone thanks to the dedication of scientists, doctors, developers and trial volunteers as well as many experts from all EU Member States.

"Our thorough evaluation means that we can confidently assure EU citizens of the safety and efficacy of this vaccine and that it meets necessary quality standards.

"However, our work does not stop here. We will continue to collect and analyze data on the safety and effectiveness of this vaccine to protect people taking the vaccine in the EU."

Emer Cooke, EMA's Exec. Director: EMA's scientific opinion paves the way for the first marketing authorisation of a #COVID19vaccine in the EU with the corresponding safeguards, controls and obligations.

The EMA said that its decision was based on the fact that the Pfizer vaccine had been trialed on 44,000 participants, half of whom were given the vaccine while the other half were given a placebo. The vaccine's results were determined by examining the results of more than 36,000 participants who had no previous sign of infection.

The EMA also announced that there was no evidence to suggest that Pfizer's vaccine wouldn't work against the new strain of the coronavirus that is currently being reported in England.

Meanwhile, the Irish Government's Task Force on COVID-19 Vaccination has previously stated that it will take between 7-10 days for the first doses of the vaccine to be administered in Ireland once it is approved by the EMA.

Ireland is set to receive around 2.2 million doses of the Pfizer vaccine and the Task Force has established a National COVID-19 Vaccination Strategy in advance of the vaccine's anticipated approval.

Under the Task Force's strategy, the first people to be vaccinated in Ireland will be residents in care homes over the age of 65 and healthcare workers in direct contact with patients.

Healthcare workers not in direct contact with patients and people aged between 65 and 69 will follow, while key workers and those aged between 18 and 64 with medical conditions will be next.

Taoiseach Micheál Martin has previously said that the state's vaccination strategy will begin in earnest by March and that a significant number of people will be vaccinated by May.