Paul Whelan, an Irish citizen in prison in Russia, reveals that he was surprised he was not part of the Brittney Griner prisoner exchange the US negotiated. 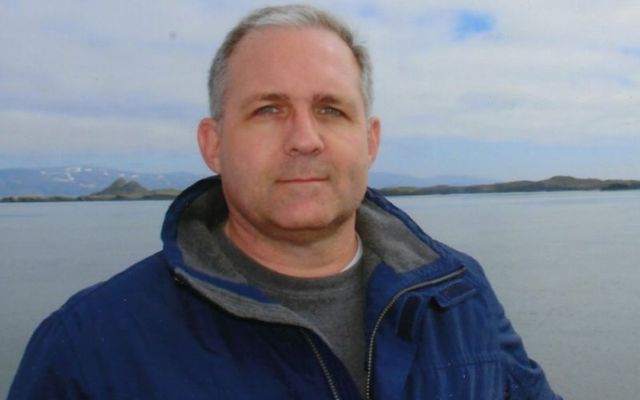 Former US Marine Paul Whelan, who holds US, Irish, Canadian, and British passports, has been in Russian custody since 2018. The Whelan Family

Paul Whelan, who is a US citizen and an Irish passport holder, remains in prison in Russia, dashing hopes that he would be part of the US - Russia prisoner exchange that involved US basketball star Brittney Griner on Thursday, December 8.

Griner was being flown home to the US on Thursday in exchange for Viktor Bout, a convicted Russian arms dealer.

President Biden said on Thursday that he and his administration have "not forgotten" about Whelan, who they say has been "unjustly detained in Russia for years."

"This was not a choice of which American to bring home," President Biden said, adding, "Sadly, for totally illegitimate reasons, Russia is treating Paul’s case differently than Brittney’s.

"And while we have not yet succeeded in securing Paul’s release, we are not giving up. We will never give up."

I had a chance to meet with Elizabeth Whelan and Cherelle Griner to keep them apprised of where we are in negotiations with Russia. My Administration will continue to work tirelessly and pursue every possible avenue to bring Paul and Brittney home as soon as possible. pic.twitter.com/B7dGiaDF7U

Paul Whelan, speaking from a penal colony in Russia, told CNN on Thursday: “I am greatly disappointed that more has not been done to secure my release, especially as the four-year anniversary of my arrest is coming up.”

"I was arrested for a crime that never occurred," Whelan said. "I don’t understand why I’m still sitting here.”

Whelan said he was surprised to have not been part of the exchange: “I was led to believe that things were moving in the right direction, and that the governments were negotiating and that something would happen fairly soon."

Who is Paul Whelan?

Born in Canada to British parents of Irish descent and raised in Michigan, Whelan holds US, Irish, Canadian, and British passports. He was arrested by the Russian Federal Security Service (FSB) in Moscow in December 2018 when he was visiting as a tourist. His lawyers assert that he was framed when he was given a flash drive that he thought contained holiday photos, but actually contained classified information. Whelan has slammed his arrest as an "absurd political kidnapping."

In June 2019, Whelan, speaking to the media, appealed to the American and Irish governments, among others, for help: “I am asking the leaders and governments in Ottawa, Dublin, London, and Washington for their help and public statements of support.”

A year later, Whelan was sentenced to 16 years in a maximum-security prison in Russia after being found guilty of espionage. He was later transferred from Moscow's Lefortovo prison to the IK-17 labor camp.

Elsewhere on Thursday, David Whelan, Paul’s twin brother and spokesperson for the Whelan family, said that he is “so glad that Brittney Griner is on her way home.”

He wrote: “The Biden Administration made the right decision to bring Ms. Griner home, and to make the deal that was possible, rather than waiting for one that wasn't going to happen."

David said he and his family were informed in advance that Paul would not be part of the prisoner exchange.

"That early warning meant that our family has been able to mentally prepare for what is now a public disappointment for us," David wrote, "And a catastrophe for Paul.”

David reiterated that he and the Whelan family “do not begrudge Ms. Griner her freedom,” and said that his brother and Griner’s cases “were never really intertwined.”

“It has always been a strong possibility that one might be freed without the other,” David wrote.

He continued, however: “As the use of wrongful detentions and hostage diplomacy continues around the globe, it's clear the US government needs to be more assertive.

“If bad actors like Russia are going to grab innocent Americans, the US needs a swifter, more direct response, and to be prepared in advance.

“In Russia's case, this may mean taking more law-breaking, Kremlin-connected Russians into custody. It's not like there aren't plenty around the world.”

While acknowledging that they knew it was a possibility that Paul would not be a part of the recent prisoner exchange, the Whelan family says they are “still devastated" and that Paul had grown hopeful for his release.

"How do you continue to survive, day after day, when you know that your government has failed twice to free you from a foreign prison?" David wrote. "I can't imagine he retains any hope that a government will negotiate his freedom at this point.

"It's clear that the US government has no concessions that the Russian government will take for Paul Whelan. And so Paul will remain a prisoner until that changes."