Death of nursing manager blamed by staff on lack of supplies. 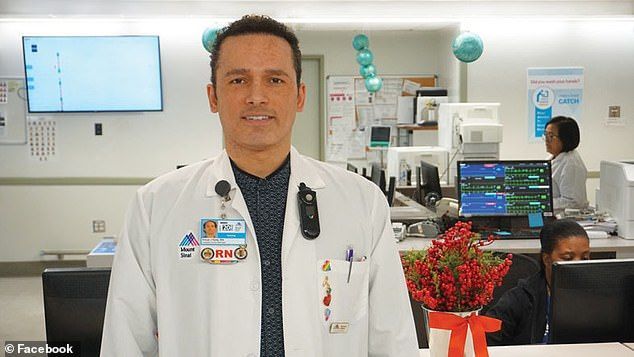 Staff at a Manhattan hospital are blaming the death of nursing manager Kious Kelly on a lack of proper supplies.

Kious Kelly (48), an Assistant Nursing Manager, has died after testing positive for coronavirus two weeks ago. Some staff at Mount Sinai blame his death on the lack of protective clothing for frontline medical staff.

Kious Kelly was admitted to Mount Sinai’s flagship hospital on the Upper East Side on March 17, St. Patrick's Day. He died at about 11 pm on March 24. Kelly suffered from severe asthma but was otherwise healthy and had been treating patients with coronavirus.

The New York Post reports that the social media post read "no more gowns in the whole hospital" and "no more masks and reusing the disposable ones... nurses figuring it out during COVID-19 crisis."

Holy freaking hell. A nursing manager at Mt Sinai Hospital in NYC just died from coronavirus. Nurses at the hospital have been wearing trash bags because of the lack of protective gear. https://t.co/DSkHKVECmE pic.twitter.com/gl3w7ksPog

Another nurse said the hospital has had “issues with supplies for about a year now."

They added that it had come “to the point where we had to hide our own supplies and go to other units looking for stuff because even the supply room would have nothing most of the time.”

They said, "But when we started getting COVID patients it became critical."

Nurse sources said staff were using the same protective equipment between infected and non-infected patients. They said because there are no spare gowns in the hospital the staff had taken to wearing trash bags.

A spokesman for the hospital strongly disagreed, when contacted by the NY Post. They denied that staff did not have the proper equipment and were not protecting their staff.

A statement from the hospital read:

"We are deeply saddened by the passing of a beloved member of our nursing staff. The safety of our staff and patients has never been of greater importance and we are taking every precaution possible to protect everyone."

Following Kelly's death, one of the nurses described him as “a brother to me.”

“He was willing to help others in need, especially in this coronavirus outbreak,” the nurse said.

“He told me he had the coronavirus,” she said.

“He was in ICU but he thought he was OK. He didn’t think it was serious as it was.”

Kelly and his siblings had communicated by text as he was having trouble breathing.

His sister said he had stopped responding about a week ago. "I tried to get him several times but I was told by the doctors that he was on a ventilator."

His sister said, "We are broken."

She said she wants the city to know “what an amazing person my brother was” and to “hold the powers that be accountable.”