The so-called "coronavirus challenge" trend in Ireland has prompted response from An Garda Síochána and Irish politicians. 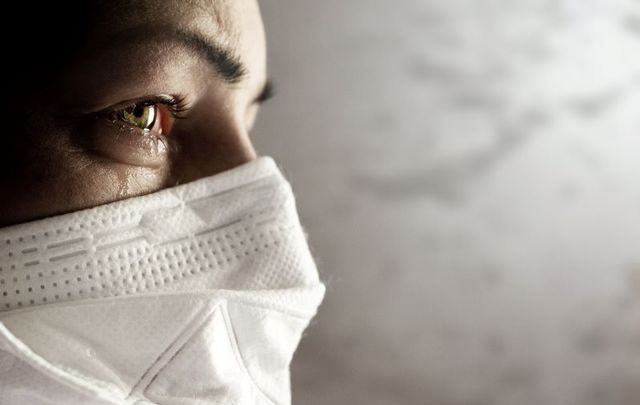 Ireland’s Health Minister Simon Harris has slammed the practice as “disgusting" and "pathetic” as incidents pop up around the country.

The so-called “coronavirus challenge,” which encourages people to cough or spit on other people, has led to investigations and arrests in Ireland in recent days as the country continues to grapple with the contagious Covid-19 outbreak.

An Garda Síochána said in a statement that it “is aware of ongoing social media reports in relation to person engaged in ‘coughing’ at persons.

"Any member of the public should report such activity to An Garda Síochána and not on social media.

"This activity could amount to an offence under the Public Order Act or Non-Fatal Offences Against the Person Act.

"An Garda Síochána will treat any reports of this type of activity seriously."

The HSE adds: “The virus may survive for up to 2 days if someone who has it coughs or sneezes on a surface.”

Other iterations of the “challenge,” which has appeared on several social media platforms, sees participants licking things in public, including toilet seats.

On March 25, Ireland’s Health Minister Simon Coveney said during a press briefing that he was recently targeted: “This happened to me yesterday as I was walking from here to my department and a man and woman on a street thought it was hilariously funny to come up and cough at me out loud and then run off laughing.

Health Minister Simon Harris says targeting people in the community and coughing in their face as a joke is 'disgusting' and 'pathetic' | Follow live #coronavirus updates: https://t.co/5xl0IqJCmf pic.twitter.com/r22ozt30Fl

“Can we please as people look at what’s happening in Italy and elsewhere in the European Union, where we’re seeing several hundred people a day dying of a virus that can be deadly to certain people in our population?”

"There seems to be some sort of social media game - but it’s not a game, it’s disgusting - going that you would target certain people in your community, generally older people, and go up and cough in their face, video it, have a laugh and then run off. Just think if it was your own granny, granddad, mother, father, your own friend with an underlying health condition like cystic fibrosis.

“The Irish people have been absolutely amazing in relation to this national challenge we’re all going through. But anything that takes off on social media will have to be dealt with the full rigours of all of the powers the State has.”

Harris added there was “absolutely nothing amusing about it. It’s quite pathetic.”

Read More: "Give it a lash" - Pres. of Ireland offers encouraging words during pandemic

Elsewhere, Susan Nutley, a nurse at a children’s hospital in Dublin, told the Irish Independent that she was confronted by a group of teens when she was out for a jog around 6 pm on Monday in Clontarf, Dublin.

"I did three night shifts and I thought I would get out for some fresh air," Nutley said. However, the nurse says she was blocked on a footpath by a group of teens who proceeded to cough on her and other pedestrians, including two elderly people.

"There was one on either side of me and in front all laughing and jeering,” she said.

"They could possibly kill someone. They don't know how dangerous this is," she said. "It broke my heart.”

On March 25, a woman recounted a similar incident in Dun Laoghaire, Dublin:

Was spat at and coughed on by two boys while going for my walk on the west pier in dunlaoghaire an hour ago. Am so distressed. The Gardai that came, had just been at another similar incident. The boys are local. Take care. #coronavirus

In Co Waterford, a teen was reportedly arrested and subsequently released after coughing on a gardai members who had ordered a group of teens playing football to disperse.

An Garda Síochána said afterward in a statement: "A male in his late teens was arrested for a Public Order Offence in Dungarvan on Monday 23rd March 2020 and the matter is under investigation.”

Read ore: Coronavirus can only be defeated by isolation says Irishman leading the NYC Covid-19 fight

The Irish Times reports that Fianna Fáil TD James Lawless intends to “propose an amendment in a Dáil debate on Thursday on new emergency powers for the Government to deal with the Covid-19 pandemic which would address the issue.”

TD Lawless earlier said: "This really is too serious to be explained away with a ‘boys will be boys’ attitude.

"People are desperately frightened of these thugs who are laughing and jeering about having COVID-19 while coughing directly into people’s faces – it’s disgusting.

“There are grounds for this in the statute books. Under section six of the non-fatal foffences against the person act 1997 it is an offence to spray, pour or put onto a person blood or any fluid or substance resembling blood, leading a person to believe that they have become infected with disease as a result. Section one of the act makes specific reference to contaminated fluid and section two covers the intentional or reckless application of force in liquid form."

He added: “In the midst of this crisis it’s unfortunate that we would even need to remind young people that by carrying out these reprehensible acts they could actually be convicted of a very serious crime. It's time for parents to step up, they need to make sure their children are aware of the consequences of their actions."

"If more is needed we have the law and that's why the Dáil sat last week to give emergency powers in terms of assisting further the gardaí to enforce the new regime should they deem it necessary."