Galway distillery pivots from poitin to sanitizer during pandemic

Micil Distillery in Co Galway is rising to the unprecedented challenge of coronavirus in Ireland. 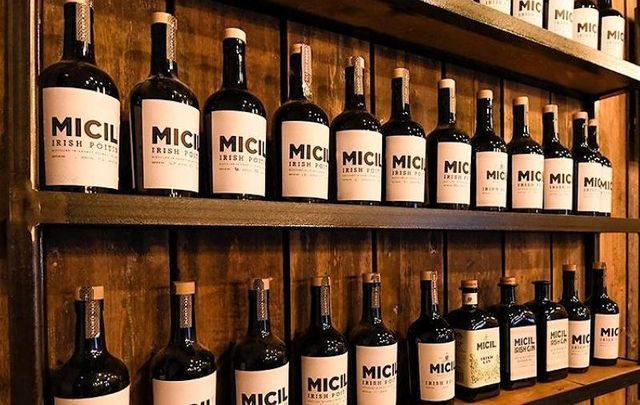 Micil Distillery in Co Galway is rising to the unprecedented challenge of coronavirus in Ireland.

The owner of a small poitin distillery in the West of Ireland has suspended production of the “Irish moonshine” in order to make a brand new hand sanitizer which can help combat the spread of the deadly coronavirus.

Generations of Irish people have sworn by the healing qualities of the Irish liquor, which was illegal for over 200 years, but few may have imagined that poitin could one day play a role in tackling a global pandemic.

Production of poitin (poteen) and gin ceased at the Micil Distillery in Galway City after pubs all across Ireland were forced to close in response to the emergency last weekend, but company founder Padraic O Griallais hopes to have a brand new product in Irish stores by the end of next week.

Padraic and his small team of three workers have received clearance from the Irish health and tax authorities to begin production of a new poitin-derived hand sanitizer from next Monday, as there is huge demand from shops and pharmacies all over Ireland.

The Connemara native, who gave up teaching in order to distill the Irish spirit, has been thrilled by the response of the Irish authorities to his decision to completely change the focus of his business.

He sent out a call for a plastic bottle supplier on social media at the weekend and, after designing a new logo and label, is determined to have his product on the shelves by Thursday or Friday of next week.

“We are planning to make the hand sanitizer for as long as we can, and as long as there is a need,” he told IrishCentral this week. “We are going into full production next week and we should have the product on the market, with the packaging and labelling in place, by the end of the week.

“There has been a really positive reaction to our plan and we’ve been amazed by the number of people who came back to us with offers to support the project or to source a plastic bottle supplier."

Like many business people, Padraic wondered what to do when trade ceased as Ireland shut down in response to the coronavirus emergency.

He noticed there was a huge demand for alcohol-based hand sanitizers in pubs, pharmacies, stores, and households, and wondered if he could step in.

Instead of wallowing in self-pity as pubs and off-licences closed down, he spent last week talking to the Revenue Commissioners, the Health Service Executive (HSE) and the Department of Agriculture about his plans to change the entire focus of his distillery business.

“Hand sanitizer is definitely in short supply at the moment. Some of the pharmacies are crying out for it and they can’t keep up with demand. We have a team of three. It’s going to be very manual and we going to be doing a lot of the work by hand. We won’t be making any poitin for a while,” he said.

Local businesses have already expressed keen interest in his new product, but Padraic is also determined to make sure it gets to worthy organisations, particularly homelessness charities, in the region.

“Local businesses here in Salthill have already pledged to buy it from us,” he said. “There is a lot of demand out there and I just want to make sure it gets into the right hands.”

He has pledged to provide the hand sanitizers to organisations such as the Simon Community, Cancer Care West, and COPE Galway at cost price for the duration of the coronavirus emergency.

The complete shut-down of the Irish bar trade has been a huge blow to Micil Distillery less than four years after his poitin first came on the market, but Padraic said that his focus is now on helping out in a time of need.

“We want to put our energy into something positive. We have a three-man team working on this and we know that it will be weeks or months before we go back to making poitin,” he said.

His Connemara family has been involved in distilling poitin for 150 years, even though it only became legal in Ireland in 1997. He gave up his job as a secondary school teacher in order to begin distilling legally at the site of a former brewery in Salthill in 2016.

Padraic said that his 93-year old grandfather, Jimmi Chearra, has given full approval to the unexpected change in direction for his business – as long as he can still pick up the occasional bottle from his grandson! 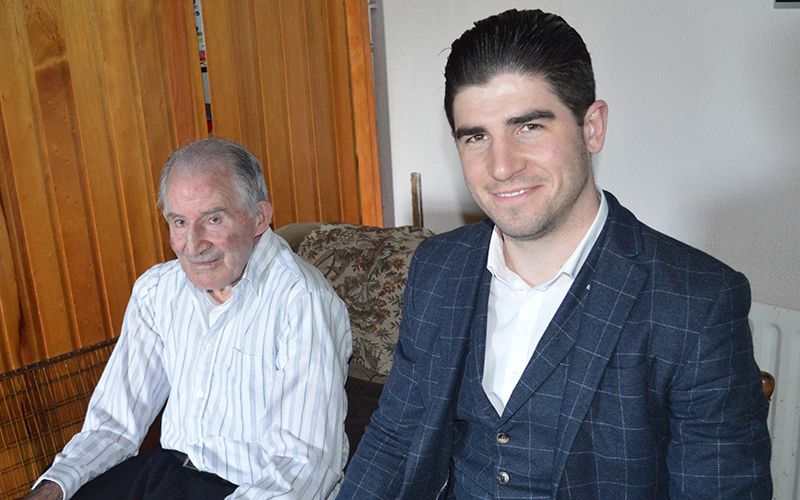 Jimmi Cheara and his grandson Padraic

Poitin distillation has been in his family for six generations. He said that Connemara people always had a healthy disregard for British laws under occupation and the industry was largely driven underground when the British authorities banned poitin in 1760.

It is believed that emigrants from Connemara and the West of Ireland brought the tradition of distilling with them to the United States in the 18th and 19th century and that the origin of American “moonshine” can be traced back to the Irish “poteen."

Desperate times call for thinking outside the box and Padraic hopes to resume distilling poitin and gin when Ireland recovers from the coronavirus emergency.

He said that good poitin-makers were always held in high regard by the wild people of Connemara and now he’s hopeful that Micil Distillery can play its part in Ireland’s battle against the coronavirus pandemic.

You can learn more about the Micil Distillery here.

Read More: #ICKindess - Do you know a local hero helping others deal with coronavirus?