Defector Sean O’Callaghan, who claimed he saved Princess Diana’s life, has passed away while on vacation visiting his daughter. 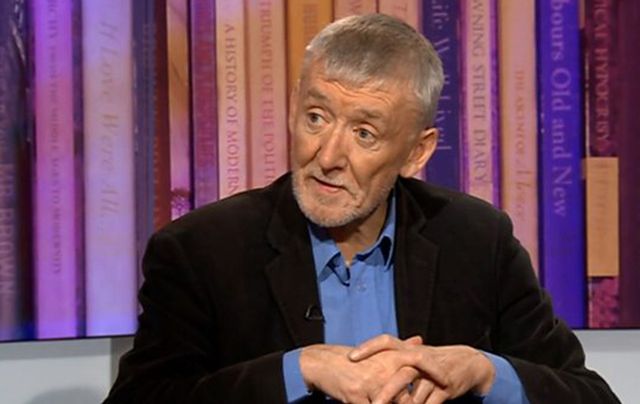 IRA informer Sean O’Callaghan has drowned in a Jamaican swimming pool aged 62. The republican defector was on vacation visiting his daughter at the time.

The Kerryman joined the IRA in the 1970’s, but his exposure to the reality of the Troubles quickly damped his enthusiasm for the republican cause and by the end of the decade he had become one of law enforcement’s top informers.

His defection, however, remained unknown to the IRA’s leadership and within a decade he was promoted to be the organization’s top commander in the 26 counties allowing him to undermine the movement at every turn.

His most famous case involved an IRA shipment seized as it was being landed in Kerry in 1984. It involved Whitey Bulger, the infamous Boston Irish mafia leader, who had sent over the guns.

In September 1984 the IRA attempted to import 160 guns and 71,000 rounds of ammunition using the fishing vessel Marita Ann out of Fenit a small coastal village in Kerry. One of the key IRA men was Martin Ferris, who was later elected to the Irish parliament and a leading Sinn Fein figure.

The Boston trawler the Valhalla sailed across the Atlantic and met the Marita Ann to transfer the arms.

O’Callaghan tipped off authorities and the operation was intercepted, but the Valhalla slipped away only to be intercepted by US customs in Boston Harbor and its crew arrested. Bulger later killed one of the crew men he believed was an informer.

Former Irish Prime Minister Garret FitzGerald said O’Callaghan was the most important informer ever to defect from the republican movement to the Irish state and that he’d been a regular reader of his intelligence reports.

O'Callaghan's book “The Informer,” published after the Good Friday Agreement, detailed his double life, although critics said it was packed with lies and that he had greatly exaggerated his influence with the organization.

Most startling of all was his claim to have prevented the deaths of Prince Charles and Princess Diana in 1984. On the orders of his superiors O’Callaghan claimed he had planted a bomb in a theatre the royal couple was due to visit, but he tipped off his contacts in Dublin who phoned their colleagues in London; The royals escaped unharmed – if indeed it happened.

But in 1988 his role as an informer came (temporarily) to an end when he handed himself into an English police station and confessed to the murder of two British soldiers in 1974.

He was incarcerated until 1997 when he was granted a pardon by the Queen on the advice of the British Government. He then became an unpaid advisor to unionist leader David Trimble on Sinn Féin and the republican movement in the run-up to the Good Friday Agreement.

Soon after the Agreement, however, he left Ireland for good. The publication of his book meant he had become a target and he began a self-imposed exile in London.

Even there he was still at risk. The Ulster Volunteer Force once warned informers, “We have long memories and infinite patience.” Republicans took a similar attitude and several attempts on his life were made in the early 2000’s.

Despite this he never ceased to work against the republican movement and earlier this year, at an inquiry in Belfast, he named two men as culpable in the 1976 massacre of ten Protestant workers in Co Armagh.

During this year’s British General Election Labour Party leader Jeremy Corbyn sought to downplay his previous support for the IRA, leading O’Callaghan to pen in outrage, “Who within the British Labour movement will speak out and demolish the lies which are being repeated, every day, right now by Corbyn... that [he] did not support the IRA, or that [he] supported the peace process?”

Predictably, the reaction to his death ranged from effusive praise to earnest rejoicing. His friend of several decades, the historian Ruth Dudley Edwards, wrote, "He was a man of exceptional ability and courage, and he spent most of his life finding ways of atoning for the crimes he had committed before at 20 he realized he was fighting in a squalid sectarian war rather than a resistance movement.”

Michael Gallagher, whose son died in the Omagh bombings, said he had met O’Callaghan when he helped bring a civil suit against the men responsible for the attack.

“My experience of Sean O'Callaghan was always a positive experience," he told RTÉ. "He did a great deal to help the Omagh families get some form of justice."

One Twitter user denounced him as a “traitor” who “betrayed his country and caused the death of Irishmen & women.”

The informer/traitor Sean O'Callaghan has died.

This man betrayed his country and caused the death of Irishmen & women.

Whilst another called Tom mór decried him as a “soulless excuse of a human being.”

Tout & soulless excuse of a human being Sean O'Callaghan is dead. Although he's been dead inside for decades, his body finally rejected him.

Now the final verdict will be recorded by history.