The British Labour politician joined a demonstration held in 1986 to “show solidarity with the Irish Republican prisoners put on trial by the British state.” 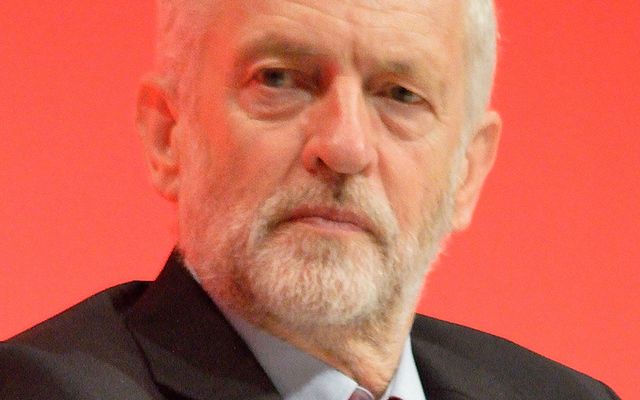 British Labour politician Jeremy Corbyn was arrested in 1986 for taking part in an IRA demonstration it has been revealed.

Suddenly the IRA is an issue in the British election.

The leader of the British Labor party has always had strong links to Ireland’s republican movement, now he wants to be Prime Minister those links have turned out to be an electoral millstone around his neck.

Irish issues have not ranked highly in British elections in recent years. Even the suspension of Northern Ireland’s Assembly is now rarely discussed as the British press ponder Brexit and the state of public services on one side of the Irish Sea.

But one Irish issue has filtered through; it’s now in the headlines everyday

It is that of the current Labor leadership’s past links to the Irish republican movement.

At a time when the IRA were being persecuted by the British state I was prepared to speak up for their right to bomb. pic.twitter.com/X18tMnB2Cs

The current leader Jeremy Corbyn hails from the left-wing of the party and to the American observer his political views would have more in common with Karl Marx than the Democrats’ most prominent leftie, Bernie Sanders.

His right-hand man, John McDonnell, is cut from the same cloth and serves as his Shadow Chancellor - meaning if Labor are elected next month he will run the British Treasury. McDonnell comes from an Irish background himself and co-founded the Irish in Britain Parliamentary group in 1998.

Both have been vocal supporters of Irish unity and were, rare amongst British politicians, supporters of the Irish Republican Army.

For years Corbyn spoke at successive Troops Out rallies that called for immediate British withdrawal from Northern Ireland.

The Sunday Times reports that he joined a protest outside the Old Bailey opposing the “show trial” of an IRA group, including Patrick Magee, who was later convicted of murdering five people at the 1984 Tory party conference. Magee and the other defendants were also found guilty of planning “an unprecedented” bombing campaign in London and at seaside resorts.

The picket was held to “show solidarity with the Irish Republican prisoners put on trial by the British state.”

Corbyn joined the protest, which was organized by activists from the Troops Out Movement, closely linked to Sinn Fein, on June 9, 1986, in the closing week of the case.

Jeremy Corbyn should not be allowed to rewrite the history of his support for the IRA pic.twitter.com/IpVIkXFE9U

At that point, the court had heard evidence that Magee’s palm prints were discovered on the a registration card filled out in a false name for the room in the Grand Hotel, Brighton, where the bomb was planted in September 1984 and scheduled to go off during the Conservative conference the following month.

The bomb nearly killed Margaret Thatcher, the prime minister at the time, and many of her cabinet. Five people, including a Conservative MP, died and another 31 were injured.

The court also heard that Magee’s fingerprints were discovered on a “bombing calendar” that detailed a planned campaign of 16 explosions in 13 separate towns in the summer of 1985.

Prosecution said the bombings would have caused “havoc and bloodshed throughout the country . . . on an unprecedented scale.”

The defendants were convicted and sentenced to life, but have all now been released under the Good Friday agreement.

Corbyn and 15 other demonstrators were arrested for obstruction after refusing to move from outside the court following requests by police.

The protesters were held for five hours at Snow Hill police station and later released on bail. It does not appear they were charged.

At the time of the demonstration, Corbyn had been the MP for Islington North for three years.

This information comes to light just a week after Corbyn said that Britain had not fought a just war since 1945.

Files and documentation, discovered by The Sunday Times in the Troops Out archive, held at the Bishopsgate Institute in London, included a letter from Corbyn, on House of Commons stationary, to Troops Out activist and protest- organizer Sal Jenkinson.

“Thanks for your help, hope you get out as I did! All the best, Jeremy.”

Jenkinson replies: “Thanks for your support in coming on the picket and being arrested . . . See you at Snow Hill if not before.”

A spokesperson for Jeremy Corbyn said: “Jeremy was at the Old Bailey to lobby for a fair trial. A number of serious miscarriages of justice had taken place at the time, which helped fuel the conflict, making peace in Northern Ireland harder to achieve and increasing insecurity across the UK. Lasting security comes from peace through negotiated agreements. Jeremy worked tirelessly to bring about that peace in Northern Ireland through dialogue, which culminated in the Good Friday agreement.”