The low-cost airline has launched its first transatlantic flight to Europe, a service which will run daily from Dublin from March 2019. 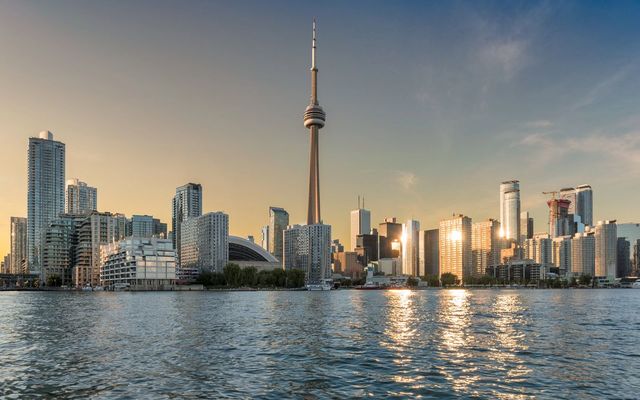 You can now fly from Toronto to Dublin with Norwegian Air. iStock

Great news for the Irish living in Toronto as they’ll soon have a super cheap Norwegian Airline service to Dublin at their disposal.

From March 31, 2019, the lucky Irish living in Canada and Canadians alike will be able to avail of the fantastic cheap fares to and from Ireland offered by budget transatlantic airline Norwegian Air. The US has taken advantage of the low-cost airline for some time now but this new service, available to purchase for next year now, is the first of Norwegian’s direct transatlantic flights between Canada and Europe.

With prices starting from $219 (US) one-way, the Dublin to Toronto Hamilton service will run daily. As with other Norwegian destinations, the Hamilton International Airport is located a little bit away from the city itself but is nothing more than a further 40-minute journey. Buffalo in New York and Niagara Falls are also just an hour away.

Read more: Norwegian could double transatlantic flights out of Ireland to US

Norwegian has announced its launch of the only transatlantic flight between Hamilton International Airport with daily service to Dublin, Ireland, and seasonal service from Montréal to the French Caribbean islands of Guadeloupe and Martinique. #FlyNorwegian pic.twitter.com/KzN60nfUni

“Today marks a milestone in Norwegian’s transatlantic expansion from Ireland as we announce the first ever direct route between Dublin and Hamilton – Toronto, this is also our first ever service between Europe and Canada,” said Bjørn Kjos, Chief Executive Officer at Norwegian.

“We are committed to providing Irish passengers with greater choice and lower fares across our network as we continue to invest in the Irish market. We look forward to welcoming passengers on board our new service to Canada from March 2019.”

“It will be Dublin Airport’s fifth destination in Canada, offering further choice to the growing Canada-Ireland and Ireland-Canada markets and the overall transatlantic market between Dublin and North America.”

Norwegian Air is continuing to expand the range of their flight services from Dublin Airport, extending their summer service to the US into the winter months. Flights currently run twice daily to Stewart Airport in New York and daily to Providence, Rhode Island, from Dublin.