Start of something beautiful on a Norwegian Air flight from Belfast to Newburgh, New York for just $333 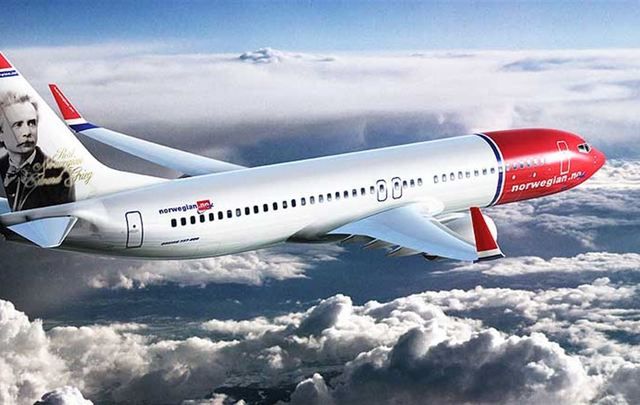 The start of something beautiful on a Norwegian Air flight from Belfast to Newburgh, NY for just $333

It sounds like the start of a comic-hall joke – “I took a Norwegian to New York for the weekend” – but in fact it may be the beginning of a wonderful relationship between Belfast and Newburgh, NY.

For last week, I tested (on my own dime) the new Norwegian airlines Belfast-New York flight which at $333 for my return ticket came in at just over one third of the United or Aer Lingus Dublin-New York flight prices I searched.

Was the money saved worth the inconvenience of touching down 65 miles north of Manhattan? Yes…but teething problems need sorted.

Indeed, so compelling is the price that I’ve now emailed all our pals in Boston and New York considering coming to the Belfast International Homecoming from October 4-6 to alert them to the price of a return ticket: $275 (£213, €230).

To get the bargain basement price with Norwegian, there are a few rules of the ‘road’: take hand luggage only, bring a sandwich instead of eating the airline fodder and book early: two Derry “wans” on my flight had paid just $223 return.

The fun really starts when you land: you can get from Stewart International Airport in the town of Newburgh to Manhattan by bus shuttle for $20 or take the, I kid you not, Leprechaun Bus Shuttle to the train station in nearby Beacon for a single dollar. From there, the off-peak train to Grand Central Station cost $17 and takes about one hour twenty minutes. That’s how I rolled.

As I was staying in that capital of all things Irish in the Big Apple, Fitzpatrick’s Grand Central, I basically fell out of the train at journey’s end and into bed.

The flight itself was hassle-free and I had two empty seats beside me which may be linked to a lack of demand or air flight regulations which limit the number of seats to be sold — for now — to just 145 on a 195-seater jet. There is no visa pre-clearance at Belfast but getting admitted to the US took just minutes — and the US Customs and Border Protection officers were smiling, a first for me!

The journey back wasn’t just as incident-free. On emerging from the train at Beacon on Friday night, our friends in the Leprechaun shuttle had gone to ground. Two other shuttle buses, again charging just one dollar, were there but neither was going to the airport. Instead, we were dropped at a bus station close to the airport and took a $10 Uber ride to Stewart.

You haven’t heard of Stewart International Airport for a reason: it’s a sleepy part of the world. But at the outlets there, it’s like Christmas with Norwegian’s international travelers packing into its one outlet — where, unfortunately, someone has forgotten to tell management to increase the number of staff. Cue long lines.

The flight home was perfect, mind you. In fact, Captain Murphy whisked us across the Atlantic in double-time. Our ticket said we would arrive in Belfast at 9:45am. In fact, he touched down around 8:30am. Looked like no-one called ahead, however, as we sat in the plane for just over 30 minutes while we waited for an engineer to link the airbridge to the plane.

Not the greatest welcome to Ireland for the American visitors on board but, like me, I suspect they figure it goes with the territory when the return airfare works out cheaper than the price of a one-way train journey from Boston to Washington DC (when I last looked, you could catch the 5:05am for $331).

Ireland's last experience with the Vikings wasn’t one we remember fondly but, with a little work, this Norwegian route from Belfast to New York could blossom into the transatlantic budget airline revolution Belfast has been waiting for. Aer Lingus certainly aren’t underestimating the threat: in labor court papers this week, they refused to up staff wages as they said it would damage their ability to compete with Norwegian, which is another way of saying they know they will have to drop prices – and soon. And that, for all of us who want to see more connections across the Atlantic, can only be a good thing.