Robert, Maxwell, 54, from County Down, walked from St. Paul's Cathedral in London to St. Anne's Cathedral in Belfast, trekking across the United Kingdom via the Isle of Man. 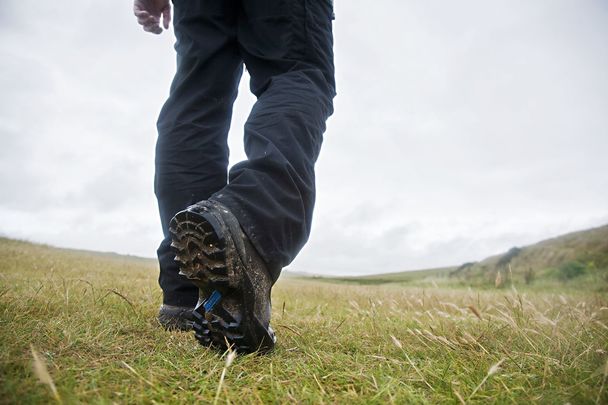 Robert, Maxwell, 54, from County Down, walked from London to Belfast. Getty

A wounded Northern Irish veteran has walked from London to Belfast to raise money for a veteran's support group and the National Health Service (NHS).

Robert, Maxwell, 54, from County Down, walked from St. Paul's Cathedral in London to St. Anne's Cathedral in Belfast, trekking across the United Kingdom via the Isle of Man.

The former soldier, who served with the Royal Irish Regiment of the British Army for 11 years, severely damaged his right leg and lost his right forearm in a motorbike accident in 2004, bringing his military career to an end.

He founded the Let's Do Veterans Support Group to offer support, activities, and retreats to former soldiers and organized the "Walk of Hope" to raise money for the charity after a difficult year of fundraising during the pandemic.

The walk also raised funds for the NHS's support and rehabilitation services.

"In doing the walk, it’s a matter of veterans seeing that and knowing there is hope beyond where we are and also reaching out to offer hope for health workers," Maxwell told the PA News Agency.

"Now we’re focusing on the fundraising side of the event to continue our work – you can’t take people to an event and feed them and put a roof over their heads without the money to do it. The general public are the saviors of lots of these things."

He revealed that he named the walk after the Spire of Hope at St. Anne's Cathedral and said that he hoped to inspire others to reach out and support people in need.