Arthur Smyth claims that he was abused by Lord Mountbatten twice as an 11-year-old boy while staying at the notorious Kincora children's home in Belfast. 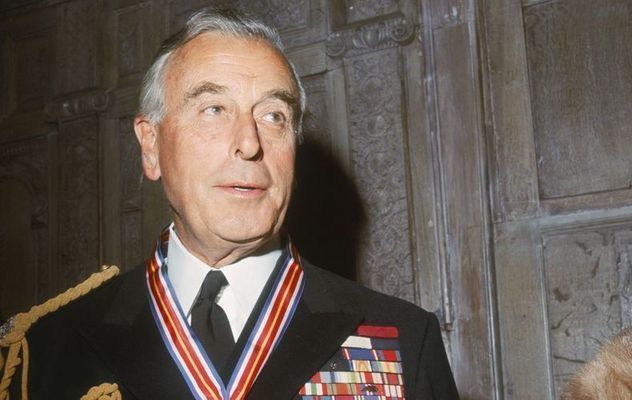 Belfast man Arthur Smyth has waived his anonymity to allege that Lord Louis Mountbatten abused him in the 1970s while he was living in a children's home in the city.

Smyth claims that he was abused twice as an 11-year-old boy while staying at the notorious Kincora children's home in Belfast.

His solicitor Kevin Winters said the allegations would form part of a civil action in a Belfast court against the state bodies responsible for the care of children at Kincora.

"It’s the first time that someone has stepped forward to take allegations against Lord Mountbatten into a court," Winters said.

"That decision hasn’t been taken lightly. He understands only too well that it will be a deeply unpopular case with many people coming as it does within weeks of the passing of the Queen.

"However, litigation involving mental, physical, and sex abuse isn’t undertaken to deliberately offend sensitivities. It’s taken for many reasons including exposing perpetrators and the institutions or other agencies which helped suppress the truth."

The legal action follows a 2017 public inquiry which found that 39 boys had been abused at Kincora while the institution was in operation. The inquiry also found that the children had been let down by the state.

The police are also included in the legal action due to their failure to properly investigate claims of abuse at Kincora, which were first raised in the 1970s. Three staff members were jailed in 1981 for the abuse of 11 different boys at the home. All three have since died.

The inquiry found that there was no evidence to substantiate claims that security force agencies were complicit in the abuse, although the Northern Ireland Police Ombudsman found last month that there were major discrepancies in how the RUC responded to abuse allegations, adding that officers had failed in their duty.

Smyth, who now lives in Australia, told the Sunday Life Newspaper that he was abused in 1977 but only realized who Mountbatten was two years later from news reports about his murder.

Mountbatten, who was King Charles III's uncle, was assassinated by the IRA off the coast of Sligo in August 1979 in an attack that killed his 14-year-old grandson Nicholas and Paul Maxwell, a 15-year-old crew member from Enniskillen. Lady Doreen Brabourne, 83, died of her injuries the following day.

Prior to Smyth's decision to waive anonymity, there had been several allegations made against Mountbatten by those who were not prepared to go public.