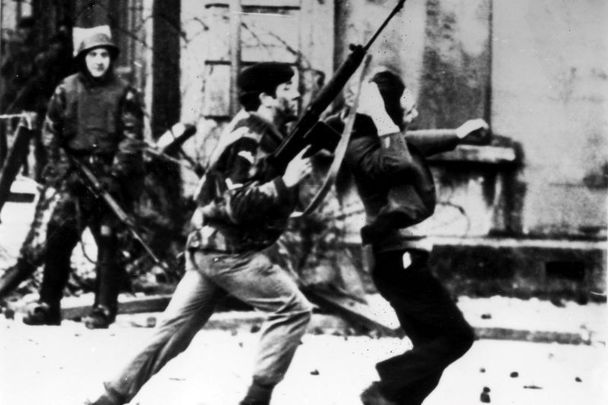 UN experts have warned that proposed legislation now before UK Parliament fails to comply with the State’s obligation to investigate serious human rights violations committed during The Troubles and denies truth and remedy for victims.

The Northern Ireland Troubles (Legacy and Reconciliation) Bill was introduced in UK Parliament in May this year and passed its second reading in the House of Lords in late November, following what the experts have deemed "insufficient consultation with victims."

The Bill will next be reviewed at the House of Lords Committee Stage, which is expected to occur in January 2023.

On December 15, the two experts - Fabián Salvioli and Morris Tidball-Binz, part of the Special Procedures of the UN's Human Rights Council - expressed concern that the “Bill bans and, in some cases, unduly restricts Troubles-related criminal investigations and enforcement actions, civil actions, coronial inquests, and police complaints into deaths and other harmful conduct related to the Troubles, such as acts of torture.

“The Bill effectively replaces them with reviews to be undertaken by a foreseen Independent Commission for Reconciliation and Information Recovery (ICRIR), whose truth-seeking powers are severely limited by restrictions in its timeframe, scope of work, and caseload under its purview."

The experts believe that the Bill "will substantially hamper victims’ access to remedy before criminal and civil courts for the serious human rights violations and abuses suffered.

"It would further preclude information recovery and reparations for those victims who have for decades struggled to get justice and redress for the harm endured."

The Bill also institutes a conditional immunity to persons participating in the ICRIR, including to those accused of committing grave human rights violations during the Troubles in Northern Ireland.

“The immunity scheme envisaged in the Bill, particularly in view of the low threshold required for granting immunity and the lack of review mechanisms, would be tantamount to a de-facto amnesty scheme,” the experts said.

The UN experts further said that “…the Bill appears to conflate reconciliation with impunity, as well as oppose legal accountability, an essential pillar of transitional justice processes, to truth, information recovery, and reconciliation."

A comprehensive approach incorporating the full range of judicial and non-judicial measures is a central tenant of transitional justice processes, they said.

“The essential components of truth, justice, reparation, memorialisation, and guarantees of non-recurrence cannot be traded off against one another in a ‘pick and choose’ exercise.”

If approved, the bill would thwart victims’ right to truth and justice, undermine the country’s rule of law, and place the United Kingdom in flagrant contravention of its international human rights obligations, the experts said.

“Moreover, the Bill would breach the Good Friday Agreement (Belfast Agreement). This can significantly undermine the Troubles-related peace process and set a damaging and concerning example for other countries coming out of conflict.”

The experts urge the authorities to consider withdrawing the Bill and redrafting it to fully comply with international (and regional) human rights standards, in effective consultation with victims and civil society

The experts said they have been in contact with the United Kingdom of Great Britain and Northern Ireland and regret the lack of response.

Special Procedures, the largest body of independent experts in the UN Human Rights system, is the general name of the Council's independent fact-finding and monitoring mechanisms that address either specific country situations or thematic issues in all parts of the world.

Special Procedures experts work on a voluntary basis; they are not UN staff and do not receive a salary for their work. They are independent from any government or oganisation and serve in their individual capacity.