The health ministers in the North and the Republic have reportedly communicated about non-essential cross-border travel. 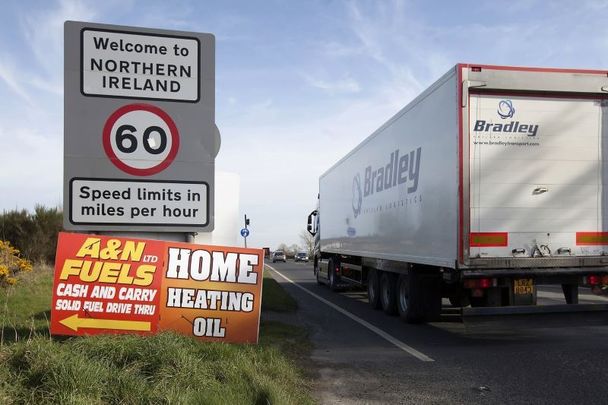 Entering Northern Ireland from the Republic of Ireland. RollingNews.ie

In a complete reversal of the Covid situation before vaccination reached Ireland, Northern Ireland is now seeking to block people from crossing the border from the Republic, which this week opened up inter-county travel.

"Our two jurisdictions are at different junctures, in terms of number of cases, the current trajectory of the epidemic, vaccination progress and Covid-19 restrictions.

“However, that should not hamper continued co-operation in key areas.

“In particular, I believe we should be doing all we can to prevent non-essential cross-border travel at this time.

“This will require clear messaging, backed up by enforcement if required.”

However, Donnelly has ruled out blocking non-essential cross-border travel.

The demand to keep people from the Republic out of the North for non-essential travel is a reversal of the situation throughout 2020. Then, people in the Republic, especially in border counties, raised objections to northerners because, allowing for population sizes, Covid illness cases in the North were up to three times higher than in the Republic.

But the U.K.’s more rapid distribution of vaccines, with most of the North already jabbed, has brought the illness figures down with zero deaths most days in recent weeks.

The Republic’s deputy chief medical officer Dr. Ronan Glynn has warned that five counties are being “closely” watched over a higher level of coronavirus cases as the country reopened on Monday, a day described by Tanaiste Leo Varadkar as “Freedom Day.”

Glynn said that Donegal, Kildare, Dublin, Roscommon, and Cavan are all being monitored as restrictions are lifted.

Still, with the average national figures continuing to reduce – medical chiefs said more than three-quarters of those contracting the disease were now under the age of 45 – hospital and intensive care unit admissions are down enormously, prompting this week’s government decision to open stores on a click-and-collect basis for the first time in five months.

Full retailing, when customers can enter stores without appointment, reopens next Monday.

The latest available figures from the Health Service Executive on Tuesday morning put the number of Covid patients in hospital at 104, with 32 in intensive care. Four months ago, during the peak of the third wave, there were 2,020 confirmed cases in hospitals.