Noah Donohoe's inquest has been delayed as the family's legal team is facing "outstanding issues," including the disclosure of certain police documents. 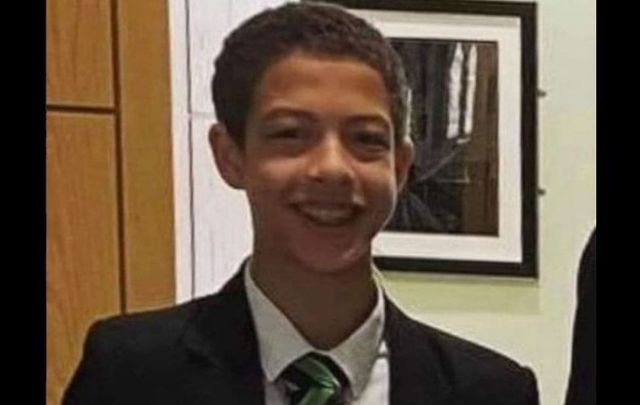 Noah Donohoe, 14, was found dead in a storm drain in Belfast in June 2020. An inquest into his death was scheduled to begin on January 10, 2022, but has been delayed. PSNI South Belfast, Facebook

The inquest into the death of teenager Noah Donohoe in Belfast in June 2020 will be delayed as per the request of the legal team representing the Donohoe family. The inquest was due to begin on January 10.

At a preliminary hearing on November 3, Brenda Campbell QC, who represents Noah’s mother Fiona Donohoe, said the family has concerns over being given time to resolve “serious issues which remain outstanding."

Among the issues is that the disclosure of police documents relating to the case has still not been completed.

Fiona Donohoe said on Twitter on Wednesday: “I am concerned requests being made from PSNI legal team about 4 files (Yet to be given to us) containing ‘sensitive’  information for Public Interest Immunity.

“I had to look this up - if I am correct - this allows "sensitive" info to be withheld!

“How can we get answers for Noah is pieces of the jigsaw are taken from the whole picture????”

How can we get answers for Noah is pieces of the jigsaw are taken from the whole picture????

Public Interest Immunity certificates are usually sought by British intelligence or police seeking to withhold evidence they consider would be damaging to public interest.

Campbell acknowledged during Wednesday's hearing that a delay to the inquest is likely to cause more anxiety for Fiona Donohoe, but said, "we are simply not going to be ready by January 10th.”

Campbell, however, does not want the inquest delayed too long - “the request is to give us time, no more time than is necessary, but sufficient time.”

The request for the delay was accepted by Coroner Joe McCrisken, who said he would leave the matter of rescheduling the inquest until the next preliminary hearing, scheduled for December 8.

On Thursday at the monthly meeting of the Northern Ireland Policing Board, Sinn Féin representative Gerry Kelly said: "KRW Law are saying that four police files containing potentially sensitive material are required by PSNI to require reassessment as to whether they should be redacted under public interest immunity.

"That is present, that is now. What Fiona Donohoe needs is transparency and not the idea that some of these reports are going to be redacted.

"Personally, I have to say I find it appalling.

"We have been fighting over the issues around legacy for years and years and the damage it does to policing. Yet here we are, in a present situation where the PSNI have asked for this assessment.

"I just find it really hard to take in."

Assistant chief constable Mark McEwan responded, saying in part: "The issue of disclosure did come up, and I have to say there is no delay from the PSNI side in terms of disclosure. Disclosure will be completed within a two to four-week time period.

"We are hopeful that next week the coroner can attend our own sensitive disclosure unit to help us assess and to oversee the assessment of what is relevant to the inquest and what may go forward for public interest immunity.

"I think that is a natural part of that inquest procedure."

McEwan said that the disclosure is not set to complete until mid-December.

(Gerry Kelly raises the issue of Noah Donohoe's inquest at 1:04:44)

In June 2020, a massive search operation was launched after Noah Donohoe, 14, was reported missing. He had been last seen cycling across Belfast City at about 5:30 pm on Sunday, June 21.

Police confirmed that Noah cycled into Northwood Road where he abandoned all his clothing, as he was seen a short time later cycling while naked. Police believe Noah then dropped his bicycle and left the area on foot.

On June 26, police recovered some of Noah's belongings, including the teen's backpack and laptop.

The following day, Noah's body was discovered in a storm drain in North Belfast.

Coroner Joe McCrisken confirmed earlier this year that a formal inquest will begin in January 2022. That, however, has now been delayed.