The PSNI said that it believes it is the missing 14-year-old's body in a statement released on Twitter. 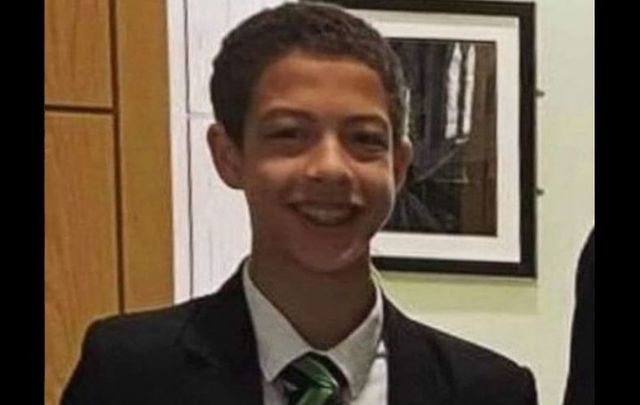 Police in Northern Ireland have recovered a body in a storm drain close to where Belfast teenager Noah Donohoe went missing.

The PSNI said that it believes it is the missing 14-year-old's body in a statement released on Twitter.

Update in the search for Noah Donohoe. pic.twitter.com/VNh9cC4SMj

The body was discovered at about 9:45 a.m. on Saturday, June 27, six days after the teenager was last seen.

PSNI Superintendent Muir Clark said at a press conference on Saturday that police believe it is the missing teenager, even though they have no official identification.

Noah Donohoe went missing at about 5:30 p.m. on Sunday, June 21 when he went cycling across the city.

Police officers found the teenager's backpack and laptop computer in a search on Friday night.

Superintendent Clark said that storm drain that rescue teams had been searching was more than a kilometer long and that the search was "extremely challenging" to carry out.

"We did have access to the storm drain complex and it has been searched over the last number of days before we got to the end of the complex," he told reporters. "It’s an extremely challenging environment in which to work and that is why it has taken the length of time to go through that complex.

"In my 30 years in the police, this is one of the most unusual missing person inquiries that I have dealt with."

Clark again urged people not to spread rumors about the disappearance, adding that it is distressing for Noah Donohoe's family. He said that there has been no evidence of foul play.

"It is disappointing that I again need to call on people circulating a number of rumors about Noah’s disappearance, which are completely without foundation.

"This type of commentary and rumor is distressing for Noah’s family and is extremely unhelpful."