The PSNI continue to appeal to the public for information as the search continues for Noah Donohoe, 14, who has been missing since Sunday. 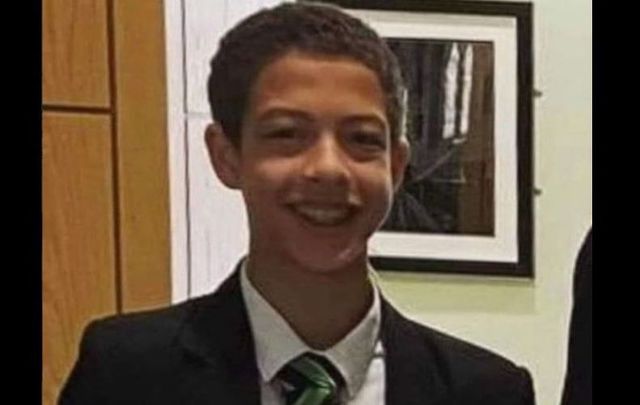 Some of Noah Donohoe's belongings were found today. The 14-year-old was last seen on Sunday, June 21. Police South Belfast, Facebook

Police in Belfast today confirmed that they located some of Noah Donohoe's belongings but have yet to find the missing 14-year-old. They also announced that they were activating the Major Incident Public Portal  (MIPP) to assist in their investigation.

Speaking to the press today, June 26, PSNI Superintendent Muir Clark said: “Thanks to a call from a member of the public, we have been able to locate and recover Noah’s backpack and laptop computer.

“These items are now being examined by specialist officers, for any information which may help locate Noah.

“I have previously commented about various rumours circulating about Noah’s disappearance. I explained that this type of commentary and rumour was distressing for Noah’s family and unhelpful as we continue our search to find Noah.

“A 26-year-old aged male was arrested in the early hours of this morning on suspicion of improper use of public electronic communications network and he is currently helping with enquiries.

“Our search for Noah continues. We have not yet found his khaki green North Face coat and grey sweat shorts.

“We need to find these outstanding items. If anyone has found any of these items and not yet come forward, please call us immediately on 101.

Later in the day on Friday, PSNI announced that they were activating their Major Incident Public Portal (MIPP) where people can lodge potential information surrounding the disappearance of 14-year-old Donohoe.

In a statement, PSNI South Belfast today said: "Members of the public who believe they have significant information which could help the investigation into the disappearance of teenager Noah Donohoe can now use PSNI’s Major Incident Public Portal (MIPP).

"Active from this afternoon, the MIPP is a 24/7 online reporting platform; another investigative tool for police to focus on finding Noah and for anyone with information to tell police what they know.

Superintendent Muir Clark said: 'We recognise that huge amounts of public information is coming into us, and we are extremely thankful for that. However, I want to stress that the activation of the MIPP does not mean that police think a crime has been committed. The investigation into the teenager’s disappearance remains very much a missing person enquiry at this time.

“By activating MIPP we are simply providing the public with another way in which to report what they believe to be significant information and we would ask that the public only use MIPP if they have information in relation to Noah’s disappearance.

“If anyone has what they believe to be urgent information relating to Noah’s whereabouts, call 999 or 101. Do not use MIPP in those circumstances.”

Members of the public who believe they have significant information which could help the investigation into the...

Noah Donohoe, 14, was last seen bicycling in Belfast on Sunday, June 21. PSNI said:  “An eyewitness believes they saw a young male matching Noah’s description fall off his bicycle on Sunday evening, possibly sustaining a head injury, in the vicinity of North Queen Street/York Street, but we do not know the specific time.

“We believe Noah got back on his bicycle, cycling into Northwood Road where he then abandons all his clothing, as he is seen a short time later cycling while naked. We believe Noah then dropped his bicycle and left the area on foot."