Police have confirmed that they're investigating after a report in the Sunday World said that an inmate confessed to murdering Noah Donohoe in Belfast last year. 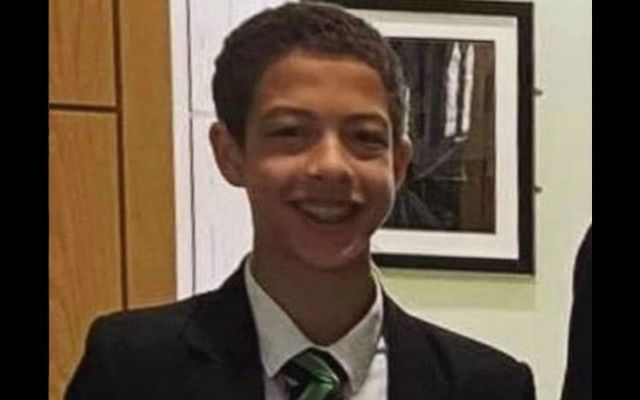 Police in Northern Ireland have confirmed that they are investigating fresh claims that teenager Noah Donohoe was murdered and abducted.

Lawyers for the Police Service of Northern Ireland (PSNI) told a preliminary inquest into Donohoe's death that police are investigating claims made by a former inmate that his cellmate had confessed to Donohoe's murder.

The inmate reported the alleged confession to independent investigators shortly after he was released, according to claims first published in the Sunday World newspaper.

The Sunday World reports that the inmate is said to have "bundled the boy into a car and taken him to a flat in a predominantly loyalist area of Belfast, where he was further assaulted before being killed".

Sean Doran QC, counsel for the coroner, told the inquest that the claims are being investigated as a potential line of inquiry.

"The reason that matter has been put on the agenda is that just very recently, this past Sunday, there was an article in the Sunday World," he told the inquest.

"I'm not going to go into detail, but the article was titled ‘Prisoner Claims His Cellmate Admitted To Killing Tragic Teenager Noah Donohoe’."

Donal Lunny QC, counsel for the PSNI, also confirmed that the matter is under investigation.

"There's not a great deal more I can say at this juncture," Lunny said.

"I can confirm the PSNI are investigating the matters which you mentioned."

However, representatives for the Donohoe family sought to clarify that the matter was being treated as a criminal investigation rather than a coronial one.

Brenda Campbell QC told the inquest that the Donohoe family is concerned about the nature of the investigation.

"It's a matter of concern to the family that on the one hand we are told that an investigation is ongoing, but on the other hand, there were quotes in yesterday's Irish News from the PSNI that appeared to suggest that really this is a coronial matter and not a police matter," Campbell said.

She said that the nature of the reports in the Sunday World over the weekend meant that the investigation must be a "police matter".

Cambell also said that the police must act upon the allegation as a "serious and significant police inquiry".

Coroner Joe McCrisken told the court that the PSNI have a "dual role" to conduct coronial and criminal investigations.

"The PSNI perform a dual role here. They have an obligation to address on behalf of the coroner but also where there are allegations of criminal conduct then they have a primary role to investigate that conduct. That investigation must proceed with pace," McCrisken told the court.

Teenager Noah Donohoe, 14, was found dead in a Belfast storm drain last June six days after he went missing. He was last seen cycling across the city on June 21, 2020.

A post-mortem later said that Donohoe died as a result of drowning, a claim questioned by the Donohoe family who said that it "raises more questions than answers".

Coroner Joe McCrisken said that a formal inquest will begin in January 2022.

Meanwhile, the PSNI also confirmed that it has opened an investigation into storm drain access in relation to Donohoe's death.