Politicians in Northern Ireland are urging the PSNI to probe the inmate's alleged confession regarding the death of Noah Donohoe in Belfast last year. 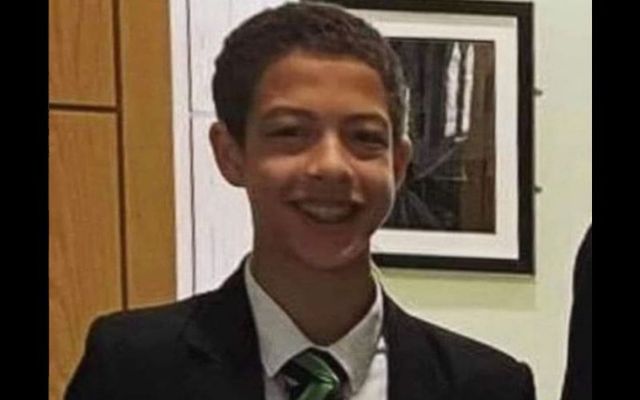 The body of Noah Donohoe, 14, was discovered in a storm drain in Belfast after a massive six-day search. PSNI South Belfast, Facebook

The Police Service of Northern Ireland is reportedly aware of an alleged confession made by an inmate in relation to the death of Noah Donohoe, 14, in Belfast last summer.

An inmate allegedly confessed to abducting, assaulting, and killing Noah Donohoe, 14, to another inmate while both were serving time for separate crimes in a prison in Northern Ireland in recent months, the Sunday World reports.

A few days after being released, the inmate who heard the alleged confession made contact with independent investigators.

According to the Sunday World, a "detailed written account" of the inmate's interview with investigators has been given to the coroner and the PSNI, both of whom have acknowledged receipt of the transcript.

Police are said to be "assessing" the information, while the recently released inmate reportedly said he is willing to be formally interviewed by detectives after hearing the alleged confession.

The recently released inmate claimed that the other inmate "broke down" and "confessed" to attacking Noah after seeing him naked on the street.

In his alleged confession, the inmate is said to have "bundled the boy into a car and taken him to a flat in a predominantly loyalist area of Belfast, where he was further assaulted before being killed.

“The prisoner, who has a history of violence, claims to have been assisted by other people in disposing of the child's body," the Sunday World notes.

The inmate who allegedly confessed has “some links to loyalist paramilitaries in the north Belfast area. However, he is not believed to be a member of any organisation," the Sunday World reports.

The information is being taken very seriously by Fiona Donohoe, Noah's bereaved mother who has mounted a campaign for justice since her son's death, as well as her legal team.

On June 27, Fiona thanked Sunday World journalist Patricia Devlin for her work in a public Facebook post: “We are grateful you actually are a journalist. Many have called themselves journalists and have left us high and dry. Some day, the spotlight will be shone on them.”

Separately in a tweet on Sunday, Fiona wrote: "Those who have followed the narrative of 'no foul play' and 'let the family grieve' that hold positions of authority and expected me to believe my beautiful boy willingly stripped and went into a pitch black storm drain will have to explain that narrative."

The following day, Fiona wrote in another Facebook post: “I would like to say thank you to the person who came forward to divulge this important information regarding a possible confession from an inmate.

“I honestly, on behalf of Noah, am eternally grateful as Noah deserves answers.

“That you did the right thing. Sending so much respect to you.

“Other people are holding on to vital information. Please do the right moral thing. Even if you think it 'insignificant,' nothing is insignificant in finding answers for beautiful Noah.”

In the wake of her son's death, Fiona launched the Noah Donohoe Foundation, which dispersed its first grant last week to the Search and Rescue team volunteers who looked for Noah when he was missing.

Several politicians in Northern Ireland have called upon the PSNI to launch a probe in the wake of the Sunday World report.

Doug Beattie, the new leader of the UUP, said he will be writing to the PSNI's Chief Constable asking for further information:

It is important the police look at this claim for the family and for public confidence.
I fully accept the coroner has asked for speculation to stop but @ChiefConPSNI can assist with a statement around this particular issue.
I will be writing to ask that he does so. #Justice https://t.co/M3XdM7uf8H

Daniel McCrossan, West Tyrone SDLP MLA, also said that he would be writing to the PSNI's Chief Constable "asking that this is fully investigated and what has been done to date."

People Before Profit's Gerry Carroll said the new information is "very, very concerning news. Questions need urgently answered for the family of Noah and all those demanding answers and justice."

In June 2020, a massive search operation was launched after Noah Donohoe, 14, was reported missing. He had been last seen cycling across Belfast City at about 5:30 pm on Sunday, June 21.

Police confirmed that Noah cycled into Northwood Road where he abandoned all his clothing, as he was seen a short time later cycling while naked. Police believe Noah then dropped his bicycle and left the area on foot.

On June 26, police recovered some of Noah's belongings, including the teen's backpack and laptop.

The following day, Noah's body was discovered in a storm drain in North Belfast.

Coroner Joe McCrisken confirmed earlier this year that a formal inquest will begin in January 2022.

In February, the PSNI said they launched an investigation into storm drain access regarding the tragic death of Noah Donohoe.