Belfast lawyer Niall Murphy has returned home following a 16-day stay at Antrim Area Hospital where he recovered from coronavirus. 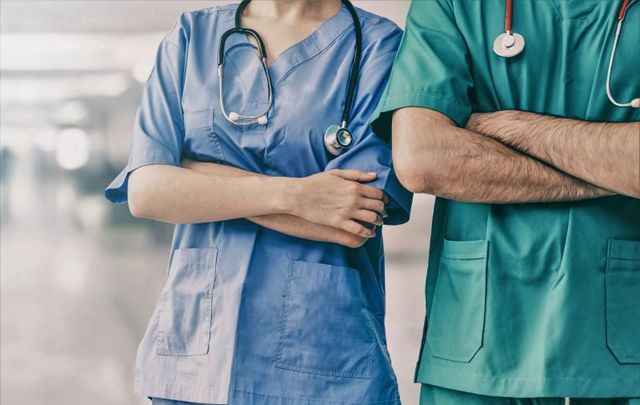 Niall Murphy is calling for more pay for NHS staff after he recovered from coronavirus. Getty Images

Niall Murphy, a prominent human rights lawyer based in Belfast, is back at home with his family after a 16-day stay in Antrim Area Hospital where he was for a period on a ventilator fighting coronavirus.

Murphy, who was admitted on March 25 and released on April 9, says in a piece for the Belfast-based publication The Detail that his experience has given him a new appreciation for NHS staff.

Murphy wrote: “I have never been sick before or been to hospital, apart from sports injuries and for the birth of our three children, so I’ve had very little real experience or appreciation of being a patient, with your life in the hands of the NHS.

Murphy likened the healthcare workers who cared for him to “angels” and praised them for helping to restore dignity to not only himself but other patients.

“These people are the equivalent of the firemen who rushed into New York’s Twin Towers on 9/11, yet we have asked them to confront this crisis with insufficient Personal Protection Equipment (PPE).

Murphy said that NHS staff should be given a monetary, tax-free bonus for their work throughout the crisis, similar to France’s scheme. He says that “the wealthy should pay more in tax” in order to fund it.

He added that the lack of PPE for healthcare workers in Northern Ireland is “disgusting.”

Murphy concluded: “The event of this virus should cause all of us to pause and re-evaluate our way of life.

“The first immediate consideration should be the funding and resourcing of the NHS but also how we value and appreciate those who work in it.

“Enough time has been wasted.

“There are immediate steps that can be taken now.

“We are now running out of time.”

Niall Murphy, a partner at KRW Law in Belfast, has frequently represented victims of The Troubles in court and serves on the Board of Directors of Relatives for Justice, a group that advocates for justice for murdered family members during the Troubles. He is especially associated with the families of those murdered in the Loughinisland massacre in 1994 when six Catholics were killed while watching a World Cup soccer game.

Murphy has also been to the forefront of the effort to form a nationalist consensus across all parties in Ireland on the future of Northern Ireland.