John Fitzpatrick, the hotelier with two locations in Manhattan, is among those welcoming the end of the ban. 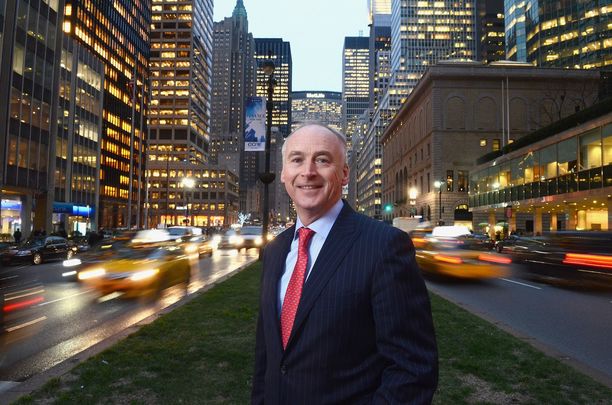 In November, citizens of Ireland and the European Union will once again be able to come to America as the Biden administration finally ended the more than 18-month travel ban which separated families and wreaked havoc on the tourism industry, particularly in New York.

Those were the relieved words of New York Irish hotelier John Fitzpatrick, reacting to Monday’s news that come November the U.S. will finally lift its 18 month Covid travel ban and open its borders to many international visitors, including those from Ireland and the U.K., just in time for the holiday season.

Fitzpatrick spoke to the Irish Voice on Monday evening after a happily busy day at his two New York hotels, the Manhattan and the Grand Central, which were inundated with calls and online inquiries about bookings now that Irish citizens will be free to once again travel to America, provided they are fully vaccinated and test negative for Covid-19 within 72 hours of entering the U.S.  The U.S. ban was a rising source of international anger as many countries, including Ireland, have allowed American citizens to enter for the past several months.

“It’s just a total relief.  New York needs tourists from Ireland and everywhere else,” said Fitzpatrick, whose first city hotel, the Manhattan on Lexington Avenue and East 57th Street, was forced to close for 13 months because of the pandemic.  It reopened in April; the Grand Central location on East 44th Street and Lexington continued to operate during the pandemic but at a greatly reduced capacity because of the dearth of domestic and foreign guests.

Irish visitors, says Fitzpatrick, account for roughly 25 percent of his business, and for many their mode of transport to New York is via the national airline, Aer Lingus, which issued a statement on Monday praising the end of the travel ban and promoting its new sale fares.

“Aer Lingus is delighted to finally be re-uniting Ireland, Europe and the United States. Often referred to as the 51st state, the connections between Ireland and the U.S. are rich and deep, and we can now can once again connect families, friends and businesses on both sides of the Atlantic,” said Susanne Carberry, the airline’s chief customer officer.

“This is an ideal time for customers to book as our September sale runs until the end of the month – it’s a great time to get amazing value on travel to the states – and we are putting on thousands of seats to accommodate the anticipated demand.”

Those words are music to Fitzpatrick’s ears, as the occupancy rates for his hotels went into freefall in March of 2020 and aren’t anywhere near full recovery.  New York’s gradual reopening has in many respects skipped over the hotel industry which is heavily reliant on foreign tourists looking to have fun in the city that never sleeps.

“When the Manhattan hotel reopened in April we were excited and there was increased buzz to a point from American tourists, but then it stopped,” said Fitzpatrick.  “We just have to have international travelers back. And they have to have things to do, like going to Broadway which is reopening and shopping and dining out.  So lifting the ban, which as time went on made no sense, is great news.  To have our reservation lines hopping this morning was just like old times.”

Fitzpatrick has traveled back to Ireland several times during the pandemic and was regularly asked by locals when the U.S. ban would be lifted.  Ireland’s rate of citizens fully vaccinated is approaching 90 percent, a far greater number than the 55 percent U.S. figure, which made the ongoing travel ban especially galling.

“It was frustrating for me to go home to Ireland and see all the Americans allowed in.  In that light the U.S. ban didn’t make sense – what’s the difference between a vaccinated international traveler and a vaccinated American?  So I think the Biden administration made the right decision and better late than never, especially as the holidays approach,” Fitzpatrick said.

Fitzpatrick remembers the dark days after September 11, 2001 and New York being counted out.  “We will never forget 9/11 and the loss of life, ever.  And the uncertainty that followed.  And here we are now, with so many more lives lost because of Covid. And businesses destroyed,” he says.

“I never thought I would have to close one of my hotels for 13 months. It was very painful and honestly soul-destroying to walk into the lobby and see the lights off.”

Things are on an upswing, though, especially these days as the United Nations is in session and a number of foreign dignitaries are back in New York.  Many of them are staying in Fitzpatrick’s hotels.

“We’ve got Taoiseach Micheal Martin, Foreign Minister Simon Coveney and a minister from the U.K. And this morning we had Henry Kissinger for breakfast,” said Fitzpatrick, who added that the dining and bar facilities at his hotels are fully open.

“Our hotels feel normal again this week.  It’s great to hear Irish voices back in the lobby, and we’re looking forward to more of that in the weeks ahead. It feels like old times.”