In its two phase-three clinical trials, the drug remdesivir has had favorable results in fighting the symptoms of COVID-19. 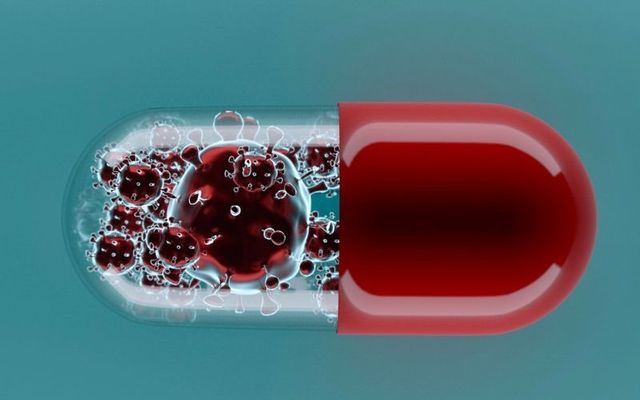 The drug remdesivir has had favorable results against COVID-19. Getty

In phase-three clinical trials, the drug remdesivir has had favorable results in fighting the symptoms of COVID-19.

Gilead, a California-based drug company led by Irish American Daniel O’Day has had favorable results with their drug remdesivir against COVID-19 in clinical trials of over a hundred patients carried out by the University of Chicago hospital.

STAT magazine reports that a video of an internal hospital conference call revealed significant success with the drug. The University of Chicago hospital recruited 125 people with COVID-19 into Gilead’s two phase-three clinical trials. Of those people, 113 had severe disease. All the patients have been treated with daily infusions of remdesivir.

“The best news is that most of our patients have already been discharged, which is great. We’ve only had two patients perish,” said Kathleen Mullane, the University of Chicago infectious disease specialist in charge of the remdesivir studies for the hospital.

“It’s always hard,” she said because the severe trial doesn’t include a placebo group for comparison.

“But certainly when we start [the] drug, we see fever curves falling,” she said.

“Fever is now not a requirement for people to go on trial, we do see when patients do come in with high fevers, they do [reduce] quite quickly. We have seen people come off ventilators a day after starting therapy. So, in that realm, overall our patients have done very well.”

She added: “Most of our patients are severe and most of them are leaving at six days, so that tells us duration of therapy doesn’t have to be 10 days. We have very few that went out to 10 days, maybe three,” she said.

Her comments were made this week during a video discussion about the trial results with other University of Chicago faculty members. The discussion was recorded and STAT obtained a copy of the video.

“An effective treatment is a huge deal and would create a path to open the economy and resume normal ‘social activities’ way sooner than a vaccine,” said Tom Lee, head of research at Fundstrat Global Advisors. “A treatment is safer and more scalable because it is only given to people who need to be treated.”

In a statement Thursday, Gilead said: “What we can say at this stage is that we look forward to data from ongoing studies becoming available.”

Previously, the World Health Organization had stated that the Gilead drug remdesivir was the only one they had seen that had a chance to impact the coronavirus.

Daniel O’Day whose Irish ancestors came from Clare and settled in Montana was previously CEO of Roche Pharmaceuticals before taking over his new job as CEO of Gilead in March 2019.

He was honored by our sister publication Irish America Magazine in 2017 as the annual Health and Life Sciences event and is a frequent visitor to Ireland.

“The perseverance of my Irish ancestors is a daily motivation to me professionally and personally,” O’Day said.