MTK Global will cease operations this month after facing what it calls "unfair scrutiny and criticism since the sanctioning by the US Government of Daniel Joseph Kinahan." 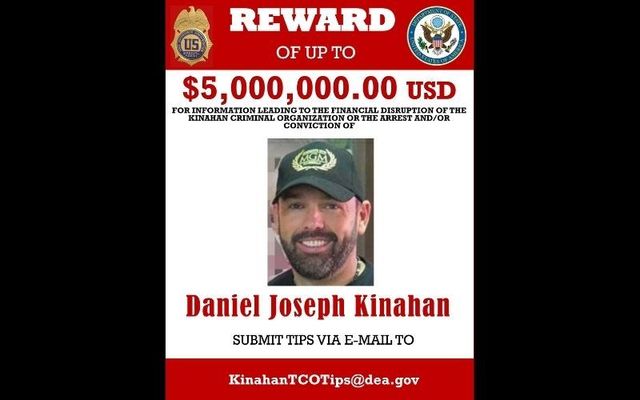 US agencies are offering a reward for information about Irish alleged criminal Daniel Joseph Kinahan.

“As a business, we have faced unprecedented levels of unfair scrutiny and criticism since the sanctioning by the US Government of Daniel Joseph Kinahan," MTK Global said in a statement today.

On April 12, The US Department of State announced rewards of up to $5 million for information leading to each of the arrests and/or convictions of Irish transnational organized criminal Christopher Vincent Kinahan and his two sons, Daniel Joseph Kinahan and Christopher Kinahan, Jr., for participating in, or conspiring to participate in, transnational organized crime.

In addition to narcotics trafficking, the Kinahans have engaged in money laundering, firearms trafficking, and murder, the Department of State alleges.

The US Department of the Treasury has also imposed sanctions on the Kinahan Organized Crime Group (KOCG). As such, "all property and interests in property of the designated individuals or entities that are in the United States or in the possession or control of U.S. persons must be blocked and reported to OFAC [Office of Foreign Assets Control]."

An Garda Síochána said it worked with international law enforcement partners to launch the initiative to tackle the apex of the Kinahan gang.

@StateDept Reward of up to $5,000,000.00 USD for information leading to the Financial Disruption of the Kinahan Criminal Organisation or the arrest and/or conviction of:
Daniel Kinahan
Christy Kinahan Sr
Christy Kinahan Jr

MTK Global's statement on Wednesday continued: “It is a matter of public record that Mr. Kinahans’ involvement in MTK ceased in 2017, and despite repeated reassurances in this regard, unfounded allegations about his ongoing association with us and our fighters persist.

“Since leading promoters have now informed us that they will be severing all ties with MTK and will no longer work with our fighters, we have taken the difficult decision to cease operations at the end of this month.

“MTK proposed because we always put the long-term interests of our fighters at the heart of what we do. Our priority in the weeks ahead will be to ensure that our world-class boxers are supported to find new partnerships as swiftly as possible.

“MTK gyms are operated independently so will remain open for the foreseeable future. Further announcements will be made in due course.

“Thank you to all the fans who have supported us over the last decade.”

The website for MTK Global has been replaced with the company's statement announcing the end of its operations.

The Belfast Telegraph reports that while Kinahan cut ties with MTK Global in 2017, MTK Global told a BBC Panorama investigation last year that “It is true that Mr. Kinahan provides some personal advice to a number of boxers managed by MTK Global."

The day before the company announced it would be ceasing operations, MTK Global announced that its CEO Bob Yalen was to step down.

Yalen said in a statement on April 19 that “the pressure of the last few weeks has been particularly intense. I need to consider the impact on myself and my family. So after four years leading MTK, I think it’s time for me to step aside to take on new challenges.”

Yalen was appointed the chief executive of MTK Global in June 2020, and took over that role from Sandra Vaughan, who Kinahan claims to have sold the company to in 2017, The Irish Times reported.

Kinahan, who founded MTK Global first as MGM in Spain in 2012 alongside professional boxer Matthew Macklin, denies any wrongdoing.