Dubliner Daniel Kinahan issued a statement to TalkSport in the wake of the BBC Panorama documentary "Boxing and the Mob." 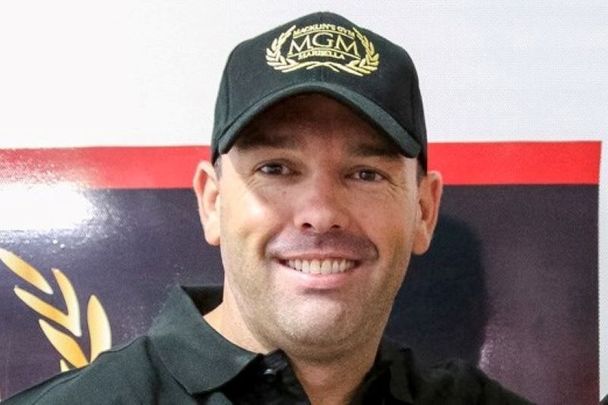 An Irish man who has been identified in the High Court in Dublin as a major international figure in organized crime has issued a surprise statement in which he denied his involvement in criminality.

*Editor's Note: This column first appeared in the February 10 edition of the Irish Voice newspaper, sister publication to IrishCentral.

Daniel Kinahan made the lengthy statement to a British radio station following a hard-hitting BBC TV investigation last week which probed the suspected crime boss's links to the world of professional boxing.

It's the second statement the Dubai-based Dubliner has made in the past 10 days, denying any connection with organized crime.

This is despite the fact that the 43-year-old has been identified in Irish courts as a major crime figure.

In the statement, issued to popular radio station TalkSport, Kinahan said: " I am not a part of a criminal gang or any conspiracy. I have no convictions. None. Not just in Ireland but anywhere in the world."

RTE notes that some 65 people, mainly Kinahan gang members, are now in jail.

Following the program, entitled Boxing and the Mob, the Police Service of Northern Ireland informed the BBC that there had been a threat made against one of the program's journalists.

But in his statement, Kinahan distanced himself from the threat, adding that he had "never threatened a reporter or journalist or asked anyone to do that" for him.

He also claimed to be the victim of an orchestrated campaign and maintained he had no criminal record nor convictions.

However, Kinahan, the co-founder of MTK Global which manages around 250 fighters, admitted he is still involved in boxing.

TalkSport notes that he was credited by Tyson Fury last year with brokering a deal to face Anthony Joshua in a world heavyweight showdown which, if it happens, would probably be the biggest boxing event in British history.

However, the suspected crime boss's involvement in the heavyweight showdown sparked fury and was raised in both the Dail and the British Parliament.

Subsequently, MTK insisted he was no longer working with them. However, the recent documentary found evidence that he still had close links to the company and remained a heavy influence in the world of boxing.