Gerry "The Monk" Hutch was arrested in Fuengirola on the Costa del Sol on foot of a European Arrest Warrant in connection with the murder of David Byrne at the Regency Hotel in 2016. 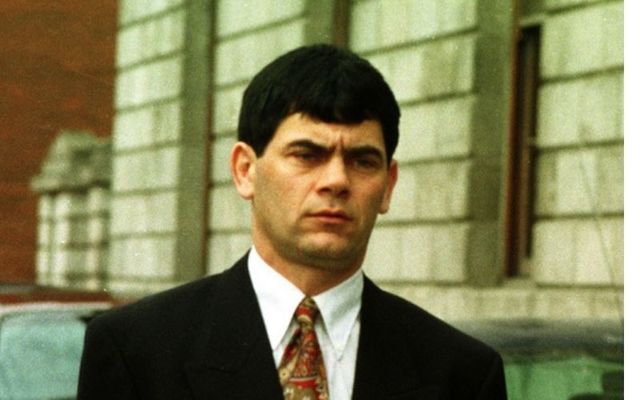 Irish gangster Gerry "The Monk" Hutch has been arrested in Spain in connection to a shooting at a Dublin hotel in 2016.

The 58-year-old was arrested in Fuengirola on the Costa del Sol on foot of a European Arrest Warrant and is currently in Spanish custody.

Hutch was arrested in connection with the murder of Kinahan gang member David Byrne at the Regency Hotel in 2016, when a gang of armed men dressed as gardaí opened fire at a boxing weigh-in at the hotel.

Gardaí believe that the attack was carried out by the Hutch organized crime gang in retaliation for the murder of Gerry Hutch's uncle Gary in Spain in September 2015.

Officers sought Gerry Hutch's extradition to Ireland and submitted a file to the Director of Public Prosecutions, who applied for a European Arrest Warrant in the High Court.

Gardaí additionally believe that Daniel Kinahan, the head of the Kinahan organized crime group, was the intended target of the Regency Hotel attack.

Kinahan and other senior members of the gang survived the attack, but the shooting resulted in a bloody escalation of the Kinahan-Hutch feud, which has claimed 18 lives to date.

Hutch left Ireland soon after the incident at the Regency Hotel and has only been seen in the country once since the shooting when he attended the funeral of his brother Eddie, who was also murdered in the Kinahan-Hutch feud.

Gardaí believe that Hutch had been moving between Spain and other European countries since he fled Ireland in 2016.

Hutch can contest his extradition to Ireland or return voluntarily to stand trial in connection with the attack at the Regency Hotel. He will be held in Spain until a date is set for his extradition hearing.