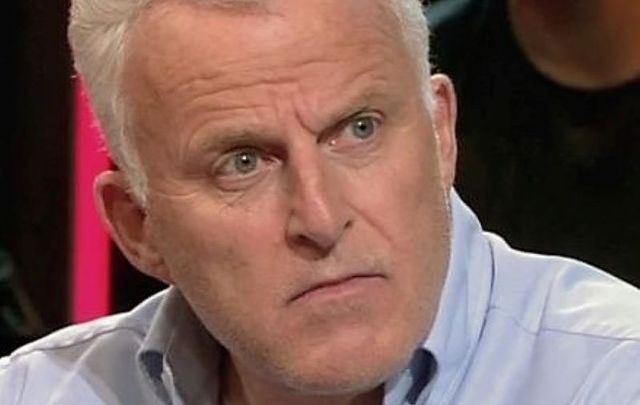 Ridouan Taghi, who has close links to the Irish crime boss Daniel Kinahan, is being linked to the shooting and ultimate death of Peter R. de Vries, a prominent Dutch crime journalist.

De Vries was shot five times on a street in Amsterdam on July 6 and passed away on July 15. Two people have been arrested and remain in custody in relation to the incident.

The family of de Vries said in a statement on Thursday: “Peter fought to the end but was unable to win the battle. He died surrounded by the people who love him.

“Peter lived by his conviction: ‘On bended knee is no way to be free.’

“We are proud of him beyond words, and at the same time inconsolable. His family, partner, and loved ones want to process his death in peace and urge everyone to respect that.”

According to The Guardian, de Vries since last year had been acting as an adviser and confidant to the key prosecution witness against Ridouan Taghi, who is currently in custody in the Netherlands awaiting trial for murder and drug trafficking.

The Irish Independent reports that Dutch-Moroccan Taghi "is alleged to have formed a European ‘super-mafia’ with Daniel Kinahan as well as senior criminals from Bosnia, Italy, and Chile."

The Irish Independent further notes that Taghi was a "prominent guest" at Irish crime boss Daniel Kinahan's wedding in Dubai in July 2017, a connection that was established by the US Drug Enforcement Agency (DEA). Taghi was on the run from police at the time.

Ireland's Criminal Assets Bureau claims that Kinahan "controlled and managed" the operations of the Kinahan Organised Crime Group, which smuggles drugs and guns into Ireland, the UK, and mainland Europe, and "has associations that facilitate international criminal activity in Europe, Asia, the Middle East, and South America".

In 2019, Taghi was extradited from Dubai to the Netherlands. That same year, he took the “unusual step” of publicly denying reports that he threatened to have de Vries killed.

After de Vries was shot, Scottish politician and former reporter Russell Findlay said the journalist was targeted because of his work exposing criminal gangs: “Over the past 15 years, at least one Scottish organized crime group has forged alliances with both the Taghi and Kinahan international drug trafficking gangs.

“The leader of the Glasgow-based gang fled Scotland for his own safety 15 years ago and ended up in Marbella where these connections were made and have flourished.

“Peter R de Vries was targeted because he was effectively exposing and disrupting these cowardly criminals. It should concern everyone that a journalist in a western European democracy can be targeted by organized crime.”

Elsewhere, organized crime in Ireland has taken a hit as gardai have confirmed they have mounted an international investigation after a massive shipment of cocaine was intercepted on July 10.

That day, gardai said in a statement: "An Garda Síochána, through the Garda National Drugs and Organised Crime Bureau and supported by Revenue Customs Service and Irish Naval Service, is involved in an investigation targeting persons suspected to be involved in transnational organized crime. The investigation is being coordinated through Europol and involves participation by Dutch Police.

"The investigation involves a particular focus on a suspected attempt to traffic cocaine into Ireland, from Columbia, utilizing intermodal containers.

"In the course of the relevant investigation, the Garda National Drugs and Organized Crime Bureau has taken possession of particular containers, following their arrival in The Netherlands."

Later, on July 14, gardai confirmed that cocaine had been discovered in the shipment. While it is still undergoing testing, the haul could have a street value of up to €35 million.

Assistant Commissioner John O’Driscoll, who is assigned to Organized and Serious Crime within the Garda Síochána, said on Wednesday: "This is a significant development in the Garda Síochána’s effort to disrupt and dismantle organized crime groups suspected to be involved in the importation of cocaine and other drugs into Ireland.

"This operation, in which the Garda Drugs & Organized Crime Bureau is taking a lead role, has a significant international dimension and again emphasizes the importance of cooperation within the law enforcement community within Europe and further afield”.