An 81-year-old survivor of Dublin’s Bethany Mother and Baby Home described the joy of hearing her long-lost 103-year-old mother’s voice on the phone. 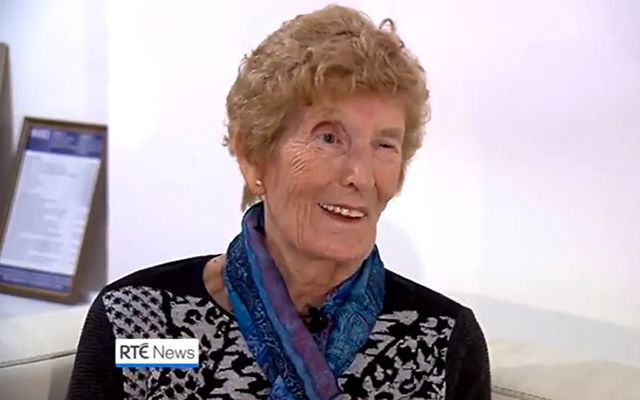 An 81-year-old survivor of Dublin’s Bethany Mother and Baby Home, Eileen Macken, has described her joy at hearing her long lost, 103-year-old mother’s voice on the phone, this week, for the first time.

Eileen Macken was raised in the Bethany Home, in Dublin, a mother and baby home for Protestant women who found themselves single and pregnant. The home only closed its doors in 1972. Macken had been searching for her mother since the age of 19 and now, aged 81, presumed she would die an orphan.

An 81-year-old Irish woman has described herself as the "happiest person alive" after found her birth mother following a 61-year search for family.

Just two weeks ago Macken contacted RTE’s radio show Liveline hoping that the public might help her track down some relatives. However, her story piqued the interested of a genealogist who within a week had tracked down her mother in the United Kingdom.

Having spent over 60 years trying to find her mother Macken told RTE News “just to touch her, it would mean so much.” She said having heard her mother’s voice on the phone for the first time “she’s fabulous”.

A Bethany Home survivor - who has found her birth mother still alive at the age of 103 - hopes to be reunited with her in the coming weeks pic.twitter.com/vBou4FqyoS

Dr Niall Meehan who has been a long-time campaigner on behalf of the Bethany Home survivors and the 227+ children who lost their lives at the home said there are many other orphans from the Dublin who have not been so lucky. He called her story “inspiring”.

Macken, on Friday, visited an art exhibition in honor the 796 babies who were discovered buried in a mass grave outside the Mother and Baby Home in Tuam, County Galway. She told others who are searching for their own birth parents not to lose hope.

Former Bethany baby Eileen Macken who recently found her 103 year old mother and Dr. Niall Meehan (who uncovered the names of the Bethany babies who died in the home) both speaking at the Inspire Gallery this evening. Stay With Me exhibition finishes on Wednesday 30th Jan xx pic.twitter.com/wML3DlEsv6

Last week Macken spoke about the shock of hearing her mother was still alive after all this time. She told RTE radio "I can't believe it, and when I got the word that she was alive, all I wanted to do is to meet her.”

Her mother, who Macken said she would not name so as not to “upset anybody” is going on 104 years old and lives in the United Kingdom with family. Macken will visit in the coming weeks.

Macken spoke about the excitement of having found her mother. She said “I'd love to go on a big mountain and scream it out to everybody.

"And I got a bit upset once and said 'Because I'm an orphan, I know nothing, absolutely nothing.'"

Her mother, who Macken said she would not name so as not to “upset anybody” is going on 104 years old and lives in the United Kingdom with family. Macken plans to travel to England to visit once she recovers from an eye operation and is safe to travel again.

Read more: Meet the US cop who found his long-lost Irish mother through a DNA test