The trip, which will also include a stop in London, will mark Mick Mulvaney’s first visit to Ireland and the UK as envoy. 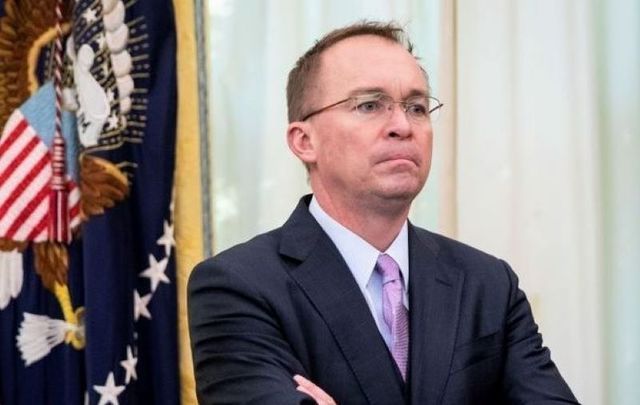 US Special Envoy for Northern Ireland Mick Mulvaney will visit Dublin and Belfast next week.

The trip, which will also include a stop in London, will mark Mulvaney’s first visit to Ireland and the UK as envoy, RTÉ reports.  The trip will take place between September 27 to October 2.

Mulvaney, who President Trump appointed to the position in March, has not been able to travel to Europe for the last six months because of the pandemic, reports Politico. He did travel to Belfast earlier this year, in February, but was the acting White House chief of staff at the time.

According to a statement from the US State Department, in Belfast, he will meet with representatives of Northern Ireland’s devolved government and civil society to discuss U.S. policy priorities in the region, including the continued implementation of the Belfast / Good Friday Agreement, as well as current political and economic developments in light of the ongoing coronavirus pandemic and the UK’s departure from the European Union.

In Dublin, he will meet with senior leaders to advance U.S. policy priorities and affirm the longstanding U.S. commitment to peace and prosperity on the island of Ireland. While in London, he will meet with Members of Parliament and government officials to discuss bilateral cooperation to promote Northern Ireland’s continued stability and economic development.

The US State Department said: “Throughout his travel, Ambassador Mulvaney will highlight strong U.S. support for Northern Ireland, including the prospect of increased trade and investment ties between the United States and Northern Ireland.”

Last week, the former South Carolina Congressman warned against creating a “hard border by accident” between the Republic and Northern Ireland following  the UK government's efforts to amend part of the Brexit Withdrawal Agreement.

"The Trump administration, State Department and the US Congress would all be aligned in the desire to see the Good Friday Agreement preserved to see the lack of a border maintained," Mulvaney told the Financial Times.

His comments came days after the Democratic presidential candidate Joe Biden tweeted: "Any trade deal between the US and UK must be contingent upon respect for the Agreement and preventing the return of a hard border. Period."