The Mean Fiddler, one of New York's most popular Irish bars, to shut down permanently

The Mean Fiddler has served as a popular haunt for late-night revelers in Times Square for 15 years. 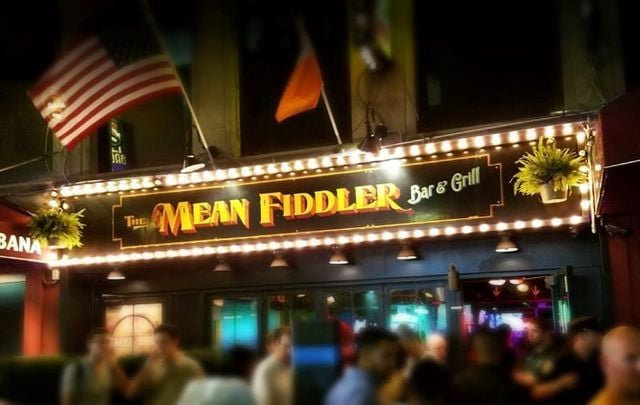 One of New York's most popular Irish bars is set to close later this month due to complications with its landlord that arose during the COVID-19 pandemic.

The Mean Fiddler, located right off Times Square in central Manhattan, will close permanently in 10 days after failing to strike a deal with its landlord during the coronavirus pandemic, the pub confirmed on Facebook.

The pub has been a popular haunt with late-night revelers in the Big Apple since it opened 15 years ago due to its late opening hours and packed dancefloors.

Throughout its 15-year existence, The Mean Fiddler proved extremely popular with Irish J-1 Visa holders, who flocked to the pub nightly during the summer months.

The pub had a captive audience due to its prime location, but it has fallen victim to COVID-19, like so many other businesses in the hospitality sector.

"We have some sad news to announce. So with a heavy heart we have to say goodbye to all customers who have entered our doors and danced the night away. We have tried in vain to make a deal with the landlord but it wasn't to be," the pub's owners said on Facebook.

"The Fiddler Mayhem will live on in our hearts and memories," they added.

We have some sad news to announce . So with a heavy heart we have to say good bye to all customers who have entered...

Michael and Patrick McNamee, who own the pub along with several other New York establishments, invited customers to visit the pub before it closes at the end of the month to say their final goodbyes.

"I wish I could go back for one night and have a fiddler night but we will have to keep that on hold till the next chapter is opened," Michael McNamee said in the Facebook post.

McNamee shared another post to thank all of his staff and all of the customers who have "had the craic" in the NYC bar.

"Bon voyage until I see you again," a tearful McNamee said:

Had a few red breast Irish whiskeys and Dee pints of guinness but my message is what made the Mean Fiddler . We are...

The pub's closure will leave a gaping hole in the middle of Times Square's bustling nightlife when life starts to return to normal.