Maureen O'Hara's grandson claims his family was not consulted about the bronze statue of the Hollywood legend before it was unveiled in Glengarriff, West Cork. 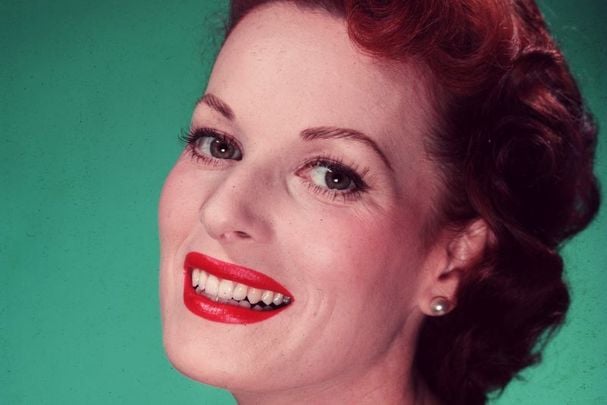 Maureen O’Hara's grandson Conor Beau Fitzsimons has spoken out after a bronze statue of his famous grandmother was removed from its West Cork site within two days of being unveiled in response to fierce criticism.

“No one reached out to us, to even show us, or ask our opinion if there was a likeness to [Maureen],” Fitzsimons told The Southern Star on May 10.

“It’s so disrespectful after what Maureen did for West Cork. They couldn’t get their act together and get it right.”

He added: “They certainly dropped the ball and what was worse was that no one even called to say the statue was going up. We only found out about it when the statue was actually taken down.”

Fitzsimons believes he and his family are now owed an apology from Cork County Council, The Southern Star reports. He has also invited artists from all over Ireland to come up with another statue for his grandmother.

“We want a statue of her to remain in Glengarriff for years to come,” Fitzsimons said, “and I am really disappointed at how it has all turned out.”

Fitzsimons's comments come after Cork County Council said in a statement that the artist behind the statue “indicated that it was his preference to remove the sculpture and refuse the commission.”

The statement added: “The Council is disturbed that inappropriate anonymous online commentary has become a prevalent and unfair means to respond to community projects such as this and is also mindful of the impact of the online violation of the reputation of a well known, respected, talented local artist and sincerely regrets the distress which he and his family have experienced due to his participation in this project.”

The bronze statue of Hollywood legend Maureen O’Hara was unveiled in Glengarriff, West Cork on April 26, but was removed just two days later after locals flocked to social media with their criticisms:

“Lord God..that's dreadful...where is her likeness????..not in a million years would anyone looking at this guess it was beautiful Maureen O'Hara”

“Melt it down and start again. Maureen O'Hara was a true beauty. This does her a disservice.”

“What an insult to the Ppl of Glengarriff to have this cold and downright scary figure plonked on paving bricks in their midst.”

“What a grossly distorted piece of junk. “

“She looks more of a banshee than a beauty??”

On April 29, Visit Glengarriff said on Facebook: "The statue was removed today.

"We don't have any further information at this point, but we will let you know about how our beloved Maureen is going to be remembered in the village in the long term.

"We thank you for your care for Glengarriff and Maureen O'Hara."

*UPDATE* The statue was removed today. We don't have any further information at this point, but we will let you know...

The Maureen O'Hara statue in Glengarriff has already endured a bumpy ride. Plans for a memorial statue were put forth in 2017, but in December 2020, Cork County Council accepted a refund of €26,250, as well as the unused statue, after it was deemed unsuitable for installation.

O'Hara, who was born in Ranelagh in Dublin, rocketed to fame in Hollywood thanks in large part to her role as Mary Kate Danaher in John Ford's "The Quiet Man," in which she starred opposite John Wayne.

In 1970, O'Hara and her husband, Captain Charles F. Blair, Jr, purchased a home in Glengarriff in West Cork. Just eight years later, Blair was tragically killed in a plane crash.

After her husband's death, O’Hara used the house, Lugdine Park, as a holiday retreat before settling there permanently in 2005.

“I have so many happy memories of Lugdine Park," O'Hara said at the time. "I will cherish them my whole life and so with a smile, I pass the home on to a lucky family who will love her as much as I do. They have the most wonderful neighbors a person can hope for in Glengarriff.

O'Hara, who received an honorary Oscar in 2014, died on October 24, 2015, in Boise, Idaho, and is buried in Arlington National Cemetery in Washington, DC.