Cork County Council has accepted the return of €26,250, as well as the unused bronze statue. 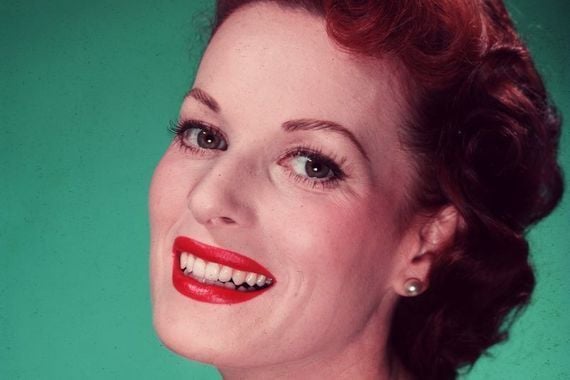 A commissioned sculpture of Maureen O’Hara looks so unlike the Irish actress that a local authority sought a refund of the €33,000 grant awarded to create the bronze figure.

The statue was to be unveiled in Glengarriff, which had become O’Hara’s adopted home. However, the sculpture of the Dublin-born actress proved “not a good likeness” and “unacceptable” to the local authority and was not considered “suitable for installation," The Irish Times reports.

Cork County Council, which had given Glengarriff Tourism and Development Association the grant for the project in November 2018, has now accepted the return of €26,250, as well as the unused statue.

Records released under the Freedom of Information Act reveal the council has been returned €23,000 last December but a large chuck of money from the remaining €10,000 had already been paid out for the sculpture of "The Quiet Man" star.

In an internal correspondence, a council official said: “Looking at this objectively, we were of the impression at an earlier stage that the entire €33,000 may be irrecoverable.

“I think to get back €26,250 is a reasonable outcome and I think we should close out the matter." 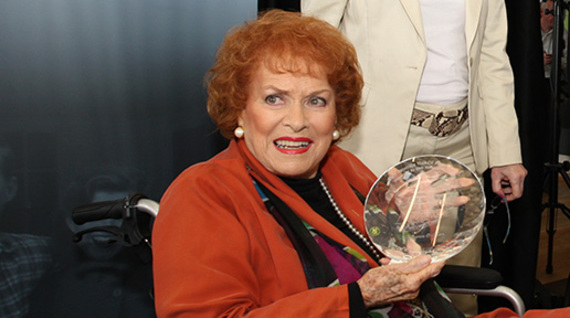 Maureen O'Hara receiving and an award at the Irish American Hall of Fame, in 2011.

A senior colleague was in agreement, saying: “I would recommend that we accept this proposal on condition that the group transfer the existing statue (that is unacceptable) to Cork County Council.

According to TheJournal.ie, plans had begun for a new statue to be cast by a different sculptor.

However, Cork County Council records indicate that further “artistic differences” have  arisen with the second sculptor, and now a third sculptor was being sought.

A note of a meeting said: “In recent conversation with the [local] group I have learned: that the [second] sculpture is not completed, and they have some artistic differences with the second sculptor.

“They are now looking for a third sculptor to provide a statue; ground works for the statue have been put in place in Glengarriff since 2018.”

The council recommended that the local group should stick with the second sculptor and get the statue completed.