Mandatory mask-wearing on public transport, retail, and other indoor public settings in Ireland is set to end from February 28 on the foot of recommendations from NPHET. 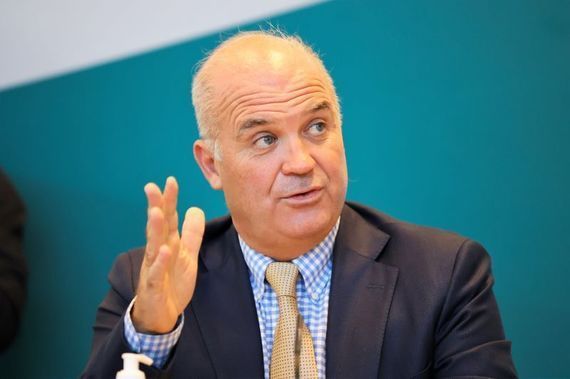 Ireland's Minister for Health Stephen Donnelly has announced that NPHET has recommended a major shift in Ireland's approach to COVID, including the winding down of mask-wearing and the disbanding of NPHET.

Donnelly published the advice he received from the National Public Health Emergency Team (NPHET) on February 17 which recommends that major changes can begin from February 28.

In part, NPHET recommends that "mandatory mask-wearing in areas where it is currently regulated for, including public transport, taxis, retail, and other indoor public settings, and staff in hospitality settings," can conclude later this month.

However, where physical distancing is "difficult" on public transport, mask-wearing should be in place.

NPHET does recommend "the continuation of mask-wearing in healthcare settings in line with evolving national guidance."

It further recommends that "public health measures in early learning settings, school-aged childcare, primary and secondary schools, including physical distancing measures such as pods, and mask wearing," can be wound down.

NPHET does acknowledge that there "will be some children who will wish to continue wearing masks and that no child who wishes to do so should be discouraged."

The recommendations were put forward in a letter on February 17 from Ireland's Chief Medical Officer Dr. Tony Holohan to the Minister for Health and also reflect a shift in focus in Ireland's test and trace system, which will now aim to reduce the severe impacts of the virus, rather than reducing transmission.

Holohan further told the Government in the NPHET letter that it is "now deemed timely to conclude the work of the NPHET."

NPHET has been at the center of Ireland's coronavirus response for more than two years and met for the last time on Thursday, February 17 to discuss removing the remaining public health restrictions.

"It is now appropriate to transition from a response based on extensive case findings and tracing of infection to reduce transmission, towards a response focused on mitigation of the severe impacts of Covid-19, with a continuing requirement to protect those most vulnerable to the severe effects of the disease," Holohan said in the letter.

"Our ability to ease restrictions is thanks to the response and support of people across the country and our successful vaccine program," Donnelly said in a statement.

"I welcome these recommendations and I would like to take this opportunity to thank members of the NPHET for their expertise, commitment, and guidance through what has been such a difficult period. Their contribution cannot be overstated."

The Taoiseach said the Government is set to follow the NPHET advice "in its entirety", including the recommendation to disband NPHET.