Anti-vaxxer Antonio Murredu has been arrested in Donegal, reportedly in relation to the death of COVID patient Joe McCarron. 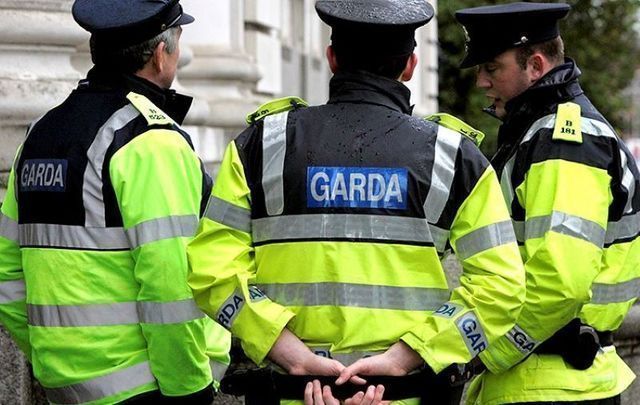 Antonio Mureddu, who also goes by Antonio Gravegliu, has reportedly been arrested in Co Donegal today, February 7, on charges relating to the death of Joe McCarron, the COVID patient that Mureddu helped remove from Letterkenny Hospital in September.

Mureddu, an Italian national who has an address in Co Galway, appeared in Letterkenny District Court on Monday facing two charges of dangerous driving in Co Clare, Donegal Live reports.

In court, when asked why he was not wearing a mask, Mureddu reportedly claimed that he was “exempt.”

Mureddu was remanded on bail, but when he went to sign a bail bond, he “affixed a two-cent stamp to the document and wrote that he had signed ‘under duress.’”

Upon leaving the courtroom, Mureddu was approached by a number of Gardaí and was re-arrested. Detective Garda Frank McDaid read Mureddu his rights before he was escorted to Letterkenny Garda Station for questioning, The Journal reports.

In September, footage of Mureddu assisting 68-year-old McCarron in exiting Letterkenny Hospital against the advice of medical staff went viral.

"We are saving Joe's life," Mureddu says in the video. "Today is a winning day for Ireland." He goes on to thank Dr. Dolores Cahill, a prominent figure in Ireland’s anti-vaccination movement.

A doctor pleads with McCarron in the video to stay in the hospital: “You have the right to decide what you want to do.

“You’re barely able to breathe,” the doctor says. “We want you to stay to help you.”

Mureddu, who was wearing a mask under his chin, tells McCarron, “If you stay here, they going to f***ing kill you, Joe.”

“I’m very worried about you,” the doctor tells McCarron who appears to be struggling to breathe in the video. “I want you to stay, I think he is saying something very dangerous. What he is saying is wrong and very dangerous.” The doctor added: “I’m not lying to you, you could die.”

“It’s better if you die in the house,” Mureddu tells Joe.

McCarron returned to the hospital within days of his exit. Upon his return, his family said in a statement: "Joe is still in a critical but stable condition. He has serious lung damage from Covid-19 and is on a ventilator, but the signs are good.”

McCarron died in hospital on September 24.

In November, the Sunday Independent reported that a garda investigation into the matter was "near completion" and that Mureddu was set to be charged in connection with the incident.

The publication said that gardaí in Donegal were preparing to send a file to the Director of Public Prosecutions recommending that the anti-vax extremist be charged.

Gardaí interviewed McCarron's family and staff at Letterkenny University Hospital during the investigations.

An offense of endangerment involves recklessly engaging in "conduct which creates a substantial risk of death or serious harm to another" and carries a prison sentence between one and seven years.