Musician and author Mark Lanegan had been living in Killarney, Co Kerry for about two years with his wife Shelley before his death. 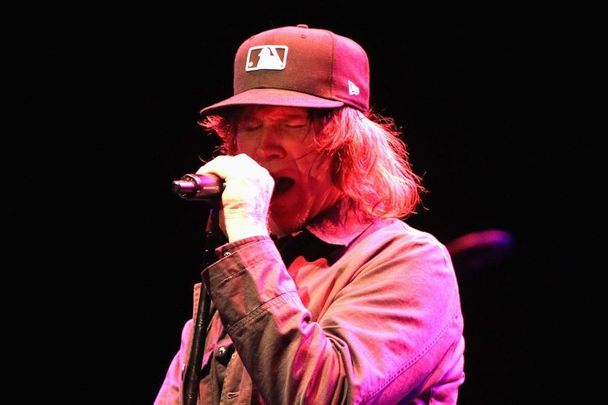 Mark Lanegan, regarded as a "grunge pioineer" by Rolling Stone Magazine, has passed away in Killarney, Co Kerry, his family confirmed.

Lanegan, 57, was described as a "beloved singer, songwriter, author and musician" in the statement announcing his death that was shared on his social media on February 22.

Our beloved friend Mark Lanegan passed away this morning at his home in Killarney, Ireland.  A beloved singer, songwriter, author and musician he was 57 and is survived by his wife Shelley.  No other information is available at this time. We ask Please respect the family privacy

Lanegan, who grew up outside Seattle, Washington, was the co-founder and lead singer for the early grunge band Screaming Trees. Later, he was part of Queens of the Stone Age as well as The Gutter Twins.

He also released solo music, and was the author of three books - the compilation "I Am the Wolf: Lyrics & Writings," his memoir "Sing Backwards and Weep," and "Devil in a Coma," about his experience getting COVID and subsequently being placed in a medically-induced coma at University Hospital Kerry last year.

Lanegan and his wife Shelley first visited Ireland in 2004 when they appeared as part of the Other Voices musical festival, based in Dingle, Co Kerry.

In 2020, the couple made the move to Killarney, also in Co Kerry. Lanegan maintained his connection to Other Voices and performed for the festival's live stream event "Bringing it All Back Home" in December 2020:

Reflecting on his and his wife's move to Ireland, Lanegan told the Irish Times late last year: “A friend of mine had a house here.

“When I became reacquainted with the physical beauty of the place and made some really good friends right off the bat, the warmth of those people made it an easy place to stay.

"Sometimes I have trouble with the high voice accent, but I’m learning...”

Lanegan's move to Ireland was also likely based on his own Irish roots. In 2018, he said on Twitter that Ireland is his "ancestral home” and that more than half of his DNA is Irish.

Ireland is my ancestral home. More than half my DNA is Irish

He later said that according to “family lore,” his ancestors primarily came from Antrim and Kilkenny.

The Irish Times reports that Lanegan said he "thrived" during Ireland's lockdowns as he "entered a prolific period of writing lyrics, poetry, and music."

However, he awoke one morning in 2020 "completely deaf and unable to stand or draw oxygen." He was brought to University Kerry Hospital where he was diagnosed with a "life-threatening" case of COVID-19, leading to a month-long medically-induced coma and a three-month hospital say.

The ordeal gave way to what turned out to be his last book, "Devil in a Coma." In it, he wrote: “In reality, I was in hospital 20 minutes from my home in County Kerry, Ireland, and I didn’t realize the view in my dream was the sight out of the window in the hospital room."

Speaking with iNews last December about "Devil in a Coma," Lanegan remarked: "I feel incredibly blessed. For a person like me to have been to the places I’ve been, and have the opportunity to bring something to other people’s lives, it’s an amazing gift.”