Winchester Hagans from Alabama was arrested for placing flowers by his fianceé's grave after her father signed the warrant for his arrest. 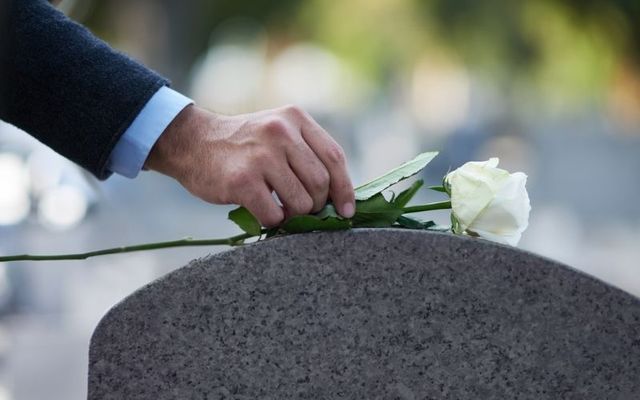 An Irish-American man has been arrested for "criminal littering" after he placed a flowers box by his fiancée's grave.

Winchester Hagans from Auburn in Alabama, lost his fiancée, Hannah Ford, in a car crash in January 2021, just a month after he proposed to her.

After she died, he built Ms. Ford a planter box, decorated with photos of the two of them, at her graveside so he could grow living flowers for her.

Hagan's said that his fianceé disliked cut flowers and he made a promise to her that he would only ever gift her real flowers.

“Even though she is gone, I promised her I would never bring her cut flowers again. She was the love of my life the person I wanted to spend the rest of my life with,” he told WTVM News.

He spoke with his local city authorities to ask if he was able to place his flower box by her grave, and they responded that unless a family member complained he was fine to do so.

Last month, Mr. Hagans was arrested for littering after putting the box of flowers on her grave. Hannah’s father, Tom Ford, signed the warrant for his arrest. Mr. Hagans says he was never contacted by Mr. Ford before he was arrested.

“The officer came over and said, "Hey Mr. Hagans can you step out of the car there is a warrant for your arrest.’ I said, ‘No, that’s impossible there’s no way.”

According to the City of Auburn’s website, outside markers and flowers are allowed, but they must meet the city’s specifications.

It has been reported that a March trial date has been set for Mr. Hagans appearance in court.