Police in Northern Ireland made several arrests in Derry over the past week in relation to their investigation into the 2019 murder of Lyra McKee. 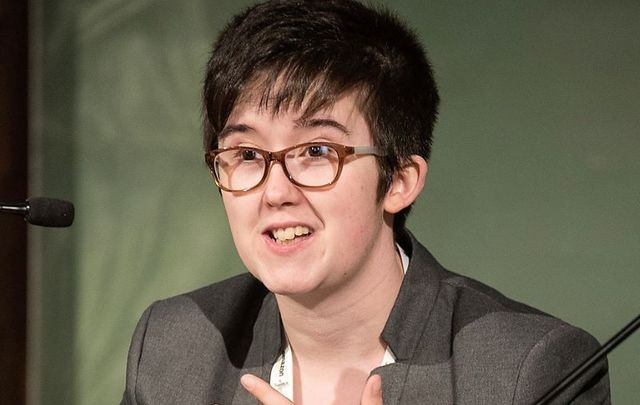 Three men have been arrested in Derry today, October 5, by detectives investigating the murder of journalist Lyra McKee that took place in Derry in April 2019.

The Police Service of Northern Ireland (PSNI) said today that the three men, ages 36, 39, and 45, were arrested under the Terrorism Act and have been taken to the Serious Crime Suite at Musgrave Police Station in Belfast where they will be interviewed.

The three arrests on Tuesday come the day after PSNI confirmed that another man, aged 63, was also arrested in Derry.

Detectives investigating the murder of Lyra McKee arrest a man in Derry/Londonderry this morning. pic.twitter.com/4yfJpaZ7yO

On October 3, PSNI confirmed that a 53-year-old man who was arrested in the scope of the Lyra McKee investigation was charged with riot, assault, and throwing petrol bombs.

According to The Belfast Telegraph, that man has since been released on bail and is subject to a curfew and other restrictions after appearing in court on Monday.

Detectives investigating the murder of journalist Lyra McKee, who was shot dead by terrorists on 18 April 2019, have charged a 53-year-old man to court. pic.twitter.com/XYHeSvWeGO

In September, PSNI confirmed that two men, aged 21 and 33, had been charged with the murder of McKee, as well as possession of a firearm and ammunition with intent to endanger life, riot, possession of petrol bombs, throwing petrol bombs, and arson. The 33-year-old man was also charged with robbery. District Judge Barney McElholm granted both men bail before another court appearance on October 7.

A third man, aged 20, has been charged with riot, possession of petrol bombs, and throwing petrol bombs.

In March 2020, Derry man Paul McIntyre was charged with McKee’s murder, as well as possessing a firearm with intent and belonging to a prescribed organization. He denies the charges.

Another man, Christopher Gillen, has been charged with throwing and possessing petrol bombs, hijacking, arson, and rioting on the night of McKee’s death.

In June, both McIntyre and Gillen appeared at a Preliminary Inquiry. They were both returned for trial to the Crown Court on a date to be fixed and released on continuing bail.

On April 18, 2019, Lyra McKee, a 29-year-old journalist, was shot and killed while observing rioting in the Creggan area of Derry in Northern Ireland.

A few days later on April 23, the Irish News published a statement from the New IRA which said: “On Thursday night following an incursion on the Creggan by heavily armed British crown forces which provoked rioting, the IRA deployed our volunteers to engage.