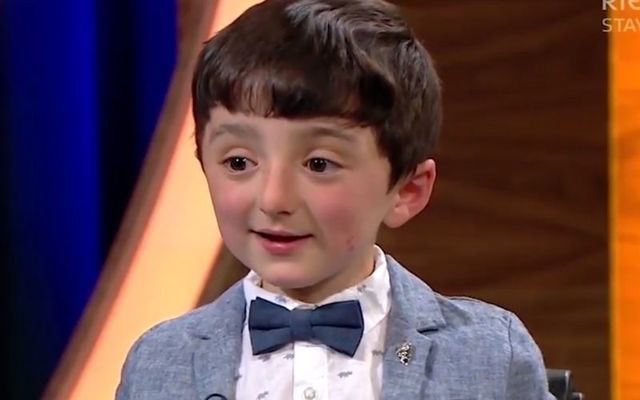 The six-year-old, who suffers from a rare condition that causes brittle bones, captured the hearts of the nation when he appeared on the Late Late Toy Show with his "virtual hug" card.

Adam later raised a stunning €266,830.52 for Temple Street Hospital in Dublin and Cork University Maternity Hospital (CUMH) through sales of his virtual hug cards, which were printed in the lead-up to Valentine's Day this year.

The cards were printed by Garlanna Greeting Cards and sold at Centra and SuperValu stores nationwide, while the money raised will be evenly distributed between Temple Street Hospital and CUMH.

Adam has attended both hospitals since he was a baby after he was born with type III osteogenesis imperfecta, which causes both brittle bones and stunted growth.

Meanwhile, the funding will additionally go toward the construction of a specialized neonatal unit at CUMH.

Around 1,300 of the 8,000 babies born at CUMH every year require admission to a specialized neonatal unit.

Claire Concannon, Development and Marketing Manager at the Cork University Hospital charity, said that the neonatal unit will play an important role for families.

"The Neonatal Sanctum will [provide] a quiet, dignified space, away from a clinical environment, is so important for families," Concannon said.