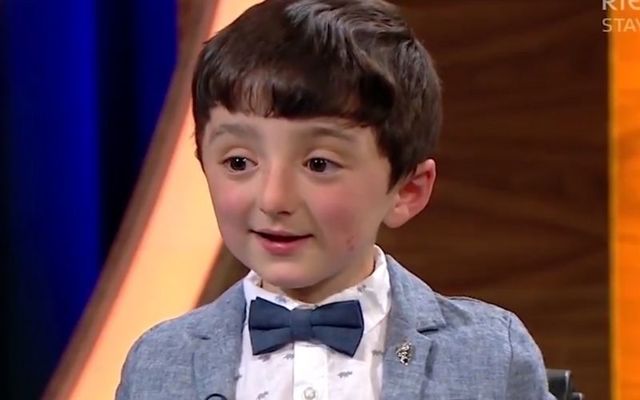 President Joe Biden has written to a six-year-old Irish boy who stole the hearts of the Irish nation when he appeared on the Late Late Toy Show last year.

Adam and his family appeared on the final Late Late Show of the season on Friday night, where he revealed that Biden had sent him a letter praising him for spreading "a wonderful symbol of hope and joy" with the virtual hugs.

"I send you my best wishes from the United States of America," Biden wrote. "On St Patrick’s Day your Taoiseach Micheál Martin told me about the great work you have been doing, and most importantly your virtual hugs.

"They are a wonderful symbol of hope and joy, and have helped many people during these difficult times.

"You have already inspired the Irish people and the world with your message of connection, I hope you continue to share love and virtual hugs around the world," Biden continued.

Adam's family revealed that Biden's letter was hand-delivered to the six-year-old by Taoiseach Micheál Martin in recent weeks.

Wow ?@AdamKingIRL tells Ryan about the letter he received from @POTUS @JoeBiden and Dr. Jill Biden (@FLOTUS) AND it was hand delivered by @MichealMartinTD.#LateLate pic.twitter.com/RAicfzr568

Adam revealed in November that he has a huge interest in space exploration and that he wanted to become CAPCOM at NASA when he grows up. Biden encouraged him to "work very hard" and do his best in school if he wanted to achieve his dreams.

Was so pleased to share an #AdamsVirtualHug with President Biden during our St. Patrick’s Day engagements - and even more pleased to bring @POTUS's thoughtful reply back to Adam.@RTELateLateShow pic.twitter.com/di5q6NOXTb

The President also sent Adam a special gift of an Irish flag and an American flag that had gone to space.

Adam's brother Danny told Ryan Tubridy that the gesture was "really cool" and that the family had already framed both flags.

Biden signed off the letter by sending Adam a virtual hug of his own.

Taylor provided the King family with some Olympics merchandise and a signed poster and also described Adam as an "inspiration".

What a lovely way to finish up this season of the @RTELateLateShow.

"You're so brave and you've given every single person so much hope," Taylor told Adam. "It just shows that you don't need a gold medal to be a hero".

Taylor also said that she plans to bring one of Adam's virtual hugs to her next fight.