Another Olympic medal for Ireland as boxer guaranteed at least bronze

Team Ireland's Kellie Harrington has made her way to the semi-finals of the Women's Light boxing competition at the Tokyo 2020 Olympics, securing herself at least bronze. 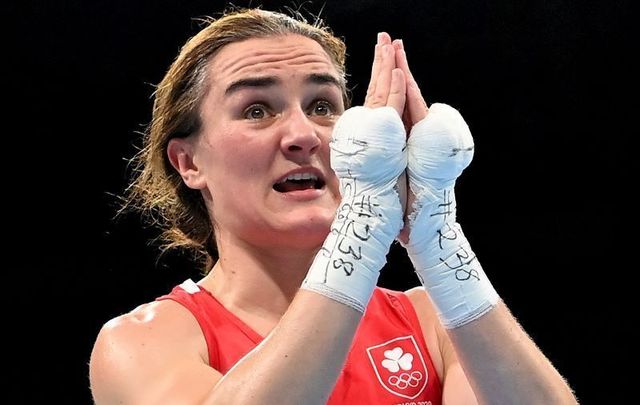 Kellie Harrington, a boxer from Dublin, is guaranteed at least a bronze Olympic medal after a unanimous decision win over Algeria’s Imane Khelif in the Women’s Light (57-60kg) quarter-final earlier today, August 3.

Harrington is now due to take on Thailand’s Sudaporn Seesondee on Thursday, August 5.

Harrington is set to deliver Team Ireland its fourth Olympic medal this year following after Paul O'Donovan and Fintan McCarthy, who won gold in the men's lightweight double sculls for rowing, Aifric Keogh, Eimear Lambe, Fiona Murtagh, and Emily Hegarty who won bronze in the women's coxless four for rowing, and Aidan Walsh, who won bronze in the men's welterweight for boxing.

Harrington and fellow Irish boxer Brendan Irvine had the distinction of being Ireland's flag bearers for the Opening Ceremonies of the 2020 Tokyo Olympic Games.

In a big move towards gender parity, nations can select a male and female flagbearer!! https://t.co/n0zRof3XIL pic.twitter.com/3sy3fEld1H

Speaking to RTÉ after her bout on Thursday, Harrington, 31, said: "I'm overwhelmed with emotions at the moment.

"Sometimes you think of getting here, I never think of getting medals or anything. Sometimes I think I'm lucky, and can't be that lucky to be winning all these things, and then end up here, and have a bronze medal in my bag from the Olympic games."

Harrington thanked her club coach Noel Burke and her teammates who helped get her to where she is today.

She added: "The support that I'm getting back from the community back home - I've heard that it's lit back home.

"And I'm just so happy - to be able to give them something to be happy about and to sing and dance for, is just - I'm just one person lifting a little bit of a nation."

"Hakuna Matata, it means no worries for the rest of your days," an emotional Harrington said.

'I'm overwhelmed with emotion... You think of getting here but you never think of getting medals'@Kelly64kg pays tribute to coaches, team-mates and community#tokyo2020 #RTESport #boxing #olympics

Indeed, Harrington's family, friends, and fans back home in Portland Row in Dublin's northeast inner city are proud as can be of their Kellie.

Her mother Yvonne told The Irish Times on Thursday: “I was delighted. She did really well, she has always been very focused, and now she’s focused on the next fight.

“She was always very determined, even from a young age when there were no other girls in the boxing club – she kept asking if she could get in, and eventually they got fed up and let her in.”

Her father Christy told RTÉ radio’s Morning Ireland: "It was like when we were kids staying up to watch Muhammad Ali and Joe Frazier except it was our Kellie.”

Kellie’s brother Christopher said: “You’re nervous for her, but in the fight, she’s smiling and enjoying herself, there’s nothing like it, it’s class.

“Even aside from the Olympics just looking at your sister on the telly, enjoying herself, smiling in the ring, that in itself is priceless.

"The fact that it’s at the Olympics, that’s a bonus. A bonus for the family.”