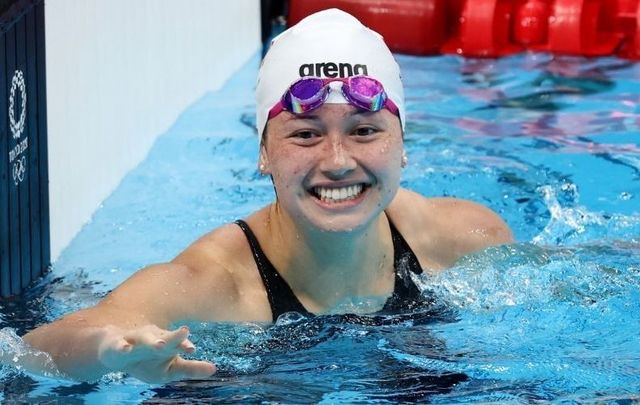 The grandniece of former Taoiseach Charles Haughey has become the first swimmer representing Hong Kong to win an Olympic medal.

She finished second to Australia's Ariane Titmus on Wednesday morning and followed up her stunning performance by finishing second in her heat of the 100m freestyle event, setting a new Asian record in the process.

The 23-year-old is the granddaughter of former Taoiseach Charles Haughey's brother Sean and the second cousin of Irish TD Seán Haughey.

Her father Darach Haughey moved to Hong Kong 30 years ago to work for Deloitte and married her mother Canjo, a native of the Chinese territory. Siobhán attended Catholic schools in Hong Kong before training as a swimmer at the University of Michigan in the US.

Her proud cousin TD Seán Haughey, a Fianna Fáil for Dublin North, described Siobhán as someone who is "always happy and smiling win, lose or draw. She’s a lovely girl, happy and smiling" and said that the Haughey family is proud of her achievements.

He said that she trained in the swimming pool at the Grand Hotel in Malahide in Dublin when she was younger and that she competed at the 2016 Olympic Games in Rio de Janeiro. However, her connection to Ireland and Charles Haughey largely went unnoticed because she failed to qualify for the finals.

"Occasionally they would be home for family occasions. They are proud of their Irish heritage, but Siobhan says she was brought up in Hong Kong so chose to represent it in the Olympics," Seán Haughey said.

So proud of my cousin Siobhán Haughey on winning silver in Tokyo. She has made huge sacrifices to achieve her dream. Irish eyes are smiling too. A proud day for Clontarf .#Olympics ⁦⁦@loveclontarf_ie⁩ pic.twitter.com/cNyUi3O6GU

Taoiseach Micheál Martin even gave accolades to Haughey on Wednesday, saying he didn't think hong Kong would "mind" Ireland claiming a part of the swimmer's success.

I spoke earlier to Seán to offer congratulations. He and the wider family circle are justifiably over the moon and very very proud. #Olympics pic.twitter.com/L7lKJu41tW

The Irish were fifth just past the halfway stage but battled well to overtake the British team in third with just 500m remaining.

The finished behind a dominant Australian quartet and the Netherlands to claim bronze and Ireland's first medal in Tokyo.

"We knew we could win a medal, it was just about whether we could pull it off," Eimear Lambe told RTÉ after the thrilling finale.

"We also knew that every crew was also capable of winning a medal so it was just about who got down the course as well as they could in these conditions."