Irish international lawyer Michael Kingston has penned a letter to ICE urging them to reconsider the deportation of Co Cork native Keith Byrne. 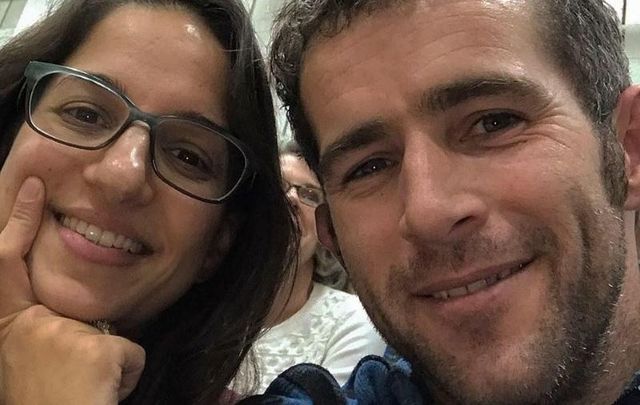 As Keith Byrne faces deportation back to Ireland, Irish international lawyer Michael Kingston has penned a letter to Immigration Control and Enforcement (ICE) urging them to reconsider.

Read More: Northern Irish man deported from US says Keith Byrne should “take it on the chin”

RTE reports Michael Kingston, an international lawyer from Co Cork, wrote and hand-delivered a letter to ICE head Matthew Albence on Friday in Washington, DC after hearing about Byrne's story on Irish radio.

Keith Byrne, a native of Fermoy in Co Cork, is being held in a Pennsylvania prison after being picked up by ICE in the suburbs of Philadelphia on July 10. The Irish man has been in the US since 2007 when he entered the country on a travel visa. Byrne overstayed the visa after meeting and falling in love with his now-wife Keren.

The Byrnes have been attempting to “adjust” Keith’s status since their 2009 marriage. While applying for a green card, the Irish man admitted to a minor marijuana possession charge he faced while still living in Ireland. Keith was only fined for the charges, but they were held against him during the green card application process. The Byrnes have been appealing Keith's green card denial ever since.

Since their marriage, Keith and Keren had two children and also raise Keren’s teenage son from a previous relationship. Keith has founded his own small house-painting business, and the couple recently bought a new home together for their family. Keith, who has a social security number and has been paying taxes, does not have a criminal record in the US.

Hoping to appeal to the “moral decency of the United States,” lawyer Michael Kingston wrote a letter detailing how Byrne’s deportation would be traumatic for several US citizens and that Byrne's case is hallmarked by "special circumstances."

RTE, who obtained a version of Kingston's letter, says the lawyer wrote: "Keith's family is going to be split up, traumatizing these US children and his stepson's father and family. That includes at least six immediate US citizens.”

"He loves his stepson and would not take him away from his father, even if he was allowed to legally, nor would his mother, a US citizen who is now in an impossible situation if Keith is deported to Ireland."

Kingston, citing “special circumstances,” is appealing to ICE to grant the Irish man a hearing with an immigration judge.

Kingston also points to Keith’s great aunt Nellie Byrne, who married oil tycoon Ike West in Texas and donated $12.5 million to the Children’s Hospital in San Antonio: "Indeed, the United States owe the Byrne family some degree of recognition or even loyalty."

Kingston admits Byrne overstaying his visa was “clearly wrong," adding: "No one is above the law. That message still stands, and a firm message has been sent out, but nothing should ever prevent exceptional circumstances prevailing when moral authority rightly invokes their merit.”

"To grant Keith Byrne a reprieve allowing Green Card status, in his special circumstances, would enhance the moral power of this great nation and I have no doubt it will be repaid 100-fold in the same manner of Keith's great aunt, Nellie Byrne who contributed so magnificently in hard work, spirit, and financially, to the United States.”

Late last week, Byrne signed paperwork in prison that has begun his deportation process. If he hadn’t, Byrne would have likely been placed in federal prison. Should he be deported, Byrne will be banned from the US for five years, after which he can reapply to visit again, though his application is not guaranteed to be granted.

Byrne’s family and friends have rallied around the Irish man in order to raise both awareness and funds for the Byrne family. An online petition has gained nearly 5,000 signatures as of Wednesday morning, and a GoFundMe has raised more than $30,000.

What do you think of Michael Kingston's intervention in Keith Byrne's case? Let us know in the comments