As Keith Byrne faces deportation, another Irish man Cormac McGrady shares his own experience of being deported from the US. 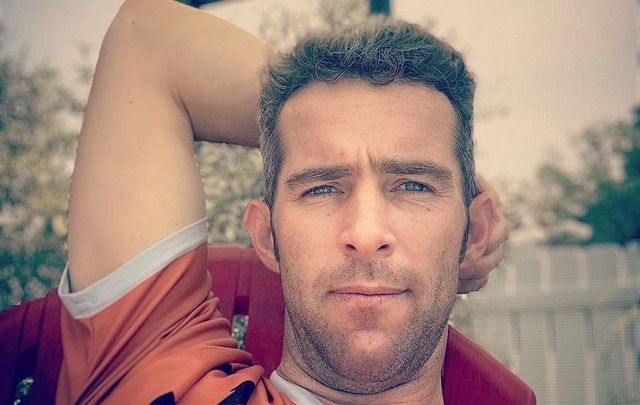 As Keith Byrne faces deportation, one Irish man shares his own experience of being deported from the US. Keith Byrne, Facebook

As Irish man Keith Byrne awaits deportation from the US, another Irish man, Cormac McGrady, says that Byrne should take it all “on the chin.”

Speaking with The Irish Times, McGrady, a native of Northern Ireland who now lives in Co Down, spoke of his experience of being deported from the US after he, like Byrne, overstayed his travel visa.

In 2013, McGrady and his American wife Caitlin Vennard were arrested for skinny dipping in Delaware while on holiday.

“We had a few too many beers and decided on the way back to the hotel to go for a skinny dip. It was just silly,” Vennard said of the incident in 2015.

While Vennard was released from jail after only a few days after the skinny dipping arrest, McGrady, still without a green card, ended up being transferred to a federal prison in Pennsylvania. The couple filed a “stay of removal” that ultimately only delayed the process.

“That’s what took three months,” Vennard says now. “I don’t know if it would have went any quicker if we hadn’t applied for it. It wasn’t a sentence. He wasn’t charged with any crime. That was the amount of time for the paperwork to go through in 2013. It was the usual bureaucratic silliness."

On October 18, 2013, McGrady, who had entered the US on a British passport, was escorted by two police officers to Dulles Airport near Washington and flown to London. He was banned from the US for ten years.

The skinny dipping arrest, as well as the 2001 arrest in New York City, were expunged from McGrady's record ten days before he was deported.

Similar to McGrady, Keith Byrne has a minor offense that reportedly prevented his green card from being granted. Before heading to the US on his travel visa in 2009, Byrne was arrested for possession of marijuana in Ireland, which he paid a fine for.

In the US, Byrne has no criminal record. The Irish man owns his own small house-painting business, which he was on the way to when he was arrested by Immigration Control and Enforcement (ICE) on July 10. He has been in prison ever since.

Late last week, Byrne signed an application for an Irish passport which will likely be used to deport him in coming weeks.

McGrady now tells The Irish Times: “If it ends up that he [Byrne] is deported, he needs to take it on the chin, get moving quickly and get over here and get your life moving again, as quickly again. I didn’t want to waste my time.”

“We are sort of at the stage where it has been six years to the day and really happily it is very much to the back of my mind.”

McGrady added: “Your whole life is ripped from under you. How do you tell someone that their whole life [in the US]is going to be taken away?”

On July 20, an online petition for Keith Byrne shared the following update: “Keith signed the paperwork beginning the deportation process. Had he not signed the paperwork he would have been criminally charged and placed in federal prison. ICE is in the process of getting a passport for him to be placed on a plane back to Ireland. Please continue to share his story with everyone you know and please donate if you can."

A GoFundMe for the Byrne family has raised more than $30,000 as of Monday afternoon.

What do you make of Keith Byrne's situation? Let us know in the comments