A crowdfunding site has been launched for Irish man Keith Byrne who is facing deportation back to Ireland from the US. 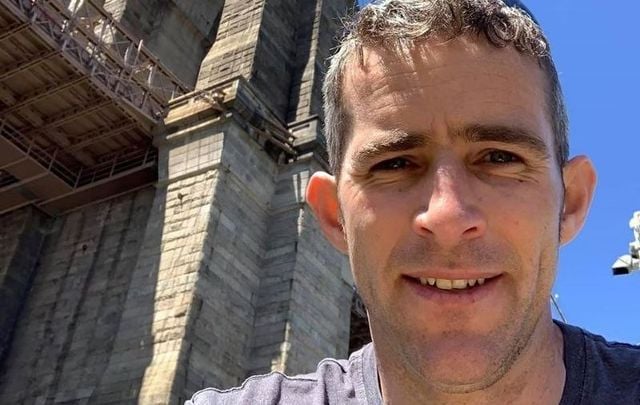 As Irish man Keith Byrne awaits deportation from the US, a GoFundMe has been launched to help ease the weight of legal fees his family is facing.

Keith and Keren Byrne and their children (Keren Byrne, Facebook)

Speaking with the Co Cork-based RedFM, Keith’s sister Melinda said: “He has always been open and honest about the situation, he went to ICE in 2010 to adjust his status. Unfortunately, all his applications and subsequent appeals have been denied."

Now, Jeff Snader, a cousin of the Byrne family and a US Marine, has launched a GoFundMe to assist the Byrnes in their legal fees. The GoFundMe says: “Your donations will help to fund their fight to keep Keith here and keep their family together. Should they lose this fight, your donations will be the one thing that will keep this family together, as Keren will pack up her family's life here in the USA and move to Ireland.”

Snader also published the below video telling the Byrne's story:

I’m at a loss for words. Nothing in my life could have prepared us for what has become our lives over last few days. We...

Were the ICE raids “very successful” or “unsuccesful”?

The news of Byrne’s pending deportation came as it was revealed that ICE was set to launch raids on Sunday, July 14 in ten major cities:  Atlanta, Baltimore, Chicago, Denver, Houston, Los Angeles, Miami, New Orleans, New York, and San Francisco. The raids were supposedly targeting some 2,000 immigrants who had already been served deportation orders, but other "collateral" deportations could also happen.

On Monday, President Donald Trump said that the ICE raids that occurred over the weekend proved to be “very successful:”

However, Hasan Shafiqullah, Attorney-in-Charge of the Immigration Law Unit at The Legal Aid Society of New York, said the opposite: “We are thankful that the ICE raids this weekend were unsuccessful, due in part to the remarkable efforts of advocates across New York City to educate individuals on their rights during encounters with ICE.”

Shafiqullah added: “However, we remain on high alert as we know that this Administration will stop at nothing to carry out their xenophobic deportation agenda. We will continue to fervently prepare and defend New Yorkers to help ensure that ICE’s relentless and hateful effort to forcibly separate families does not succeed.”

New York Governor Andrew Cuomo said on Monday: "We don't have any information that the ICE raids actually occurred.”

“If he [President Trump] does have ICE raids, our law enforcement will not cooperate with them. I don't put it past him to actually deport people to make a political point, which would be reprehensible, but I wouldn't put it past him. But we see no evidence of it thus far."

On July 12, The Emerald Isle Immigration Center, based in New York City, shared information about citizens' rights in the face of potential ICE raids as undocumented immigrants remain uneasy:

We stand with vulnerable families to ensure they are treated fairly and in keeping with the constitution and laws of...