Irish immigrant Keith Byrne revealed that he has been offered a deal - leave the US this week, or face jail time. 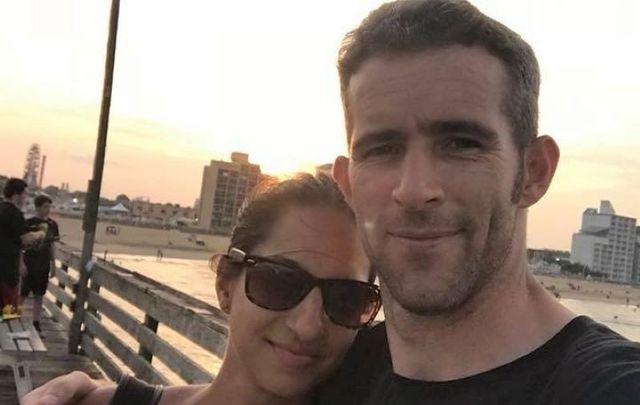 Keith Byrne has been ordered to leave the US this week or face possible jail time. Keren Byrne, Facebook

Irish immigrant Keith Byrne, who was arrested by Immigration Control and Enforcement (ICE) last week, has been given until this Friday, July 17 to leave the US voluntarily.

Byrne, a native of Fermoy in Co Cork, was arrested by ICE on July 10 when he was on his way to work in the suburbs of Philadelphia and has been in custody at Pike County Correctional Facility ever since.

RTE reports that ICE said Byrne was arrested for "immigration violations and issued him with a visa-waiver removal order."

The 37-year-old Irish man, who married American woman Keren Byrne in 2009, applied for a green card after his marriage but was denied and served a deportation order, reportedly in relation to two minor marijuana possession charges in Ireland. The Byrnes have been appealing his deportation order ever since.

RTE reports that in a phone call from the Pennsylvania correctional facility where he's being held, Keith Byrne told his brother Greg, who is based in Ireland, that he's been offered a deal: sign deportation orders and leave the US by Friday or face possible jail time.

If he leaves by Friday, Byrne will be banned from the US for the next five years. After that time has passed, he can reapply for visiting rights, though they may be denied.

Keith added that if he refuses the deal, he would also be brought to another jail and it would take more than a year for his case to be heard in front of a federal judge.

Further complicating the matter is that Keith and his wife Keren have two children together, as well as a son from Keren’s previous relationship.

Keith's sister Melinda told RTE that should Keith be deported, his wife and children would not be able to easily relocate since “Ezra [Keith’s stepson] will be separated from his father and his grandparents and family in the United States. Keith has reared him from two years old so it’s not just a simple case of it’ll be easy to return with the two children.”

“That causes difficulties for Ezra and it’s dividing him from his stepfather and his extended family also. We are making a plea because of the circumstance we have, and the good people we have involved – a family.”

Keith's brother Greg added: “After getting that news he [Keith] was very down. He spoke with his boy today, he spoke with Gabriel, he could sense in Gabriel’s voice that there was a change in his voice.”

“He could sense the loss. He’s upset over that. He mightn’t see his son for a year, a year and a half, so it’s very difficult. He believes he’s destroyed their lives. He’ll regret it for the rest of his life.”

Read More: Are you happy about the ICE crackdown? Have your say

The Byrnes are understood to have reached out to Ireland’s Tánaiste and Minister for Foreign Affairs Simon Coveney on Tuesday evening. The Department of Foreign Affairs said it is "providing all possible consular assistance as appropriate.”

Irish American Congressman Brendan Boyle is also aware of the ongoing case and while RTE reports that he is not necessarily optimistic about Byrne’s case, he is working to explore all avenues.

Congressman Boyle did, however, say: “Speaking as an American citizen, not even a member of Congress, what exactly does this achieve? This doesn't Make America Great Again.”

Greg Byrne added: “This is a man who had very little when he went to America, he really was living that American dream but he worked very hard for it.

“He lives for his family. He adores Karen, Gabriel, Leon, and Ezra. It’s just a very difficult time for our family at the moment. ”

What do you make of the deal being offered to Keith Byrne? Let us know in the comments