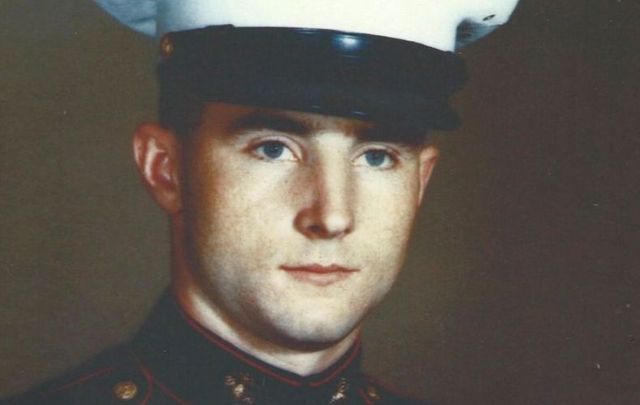 Irish Navy Cross recipient Patrick Gallagher. Should the US Navy name a ship in his honor?

Irish-American Navy Cross awardee Patrick Gallagher is one step closer to having a ship named in his honor.

Chalk up another member of Congress supporting the naming of a U.S. Navy destroyer after Vietnam War hero Patrick “Bob” Gallagher.

Rep. Kathleen Rice has written Navy Secretary Richard Spencer urging the naming of such a ship after the County Mayo-born Gallagher.

Rep. Rice, perhaps crucially, is a member of both the House Homeland Security Committee and the Committee on Veterans’ Affairs.

She is also Long Island-based and Pat Gallagher’s American home after he left Ireland was Long Island. And family members still live there.

Rice, in her letter to Spencer, said she was writing to request that he consider “honoring a fallen hero of the Vietnam War, Corporal Patrick “Bob” Gallagher, by naming a Destroyer ship in his memory.”

Stated Rice in her letter: “My constituent, Patrick Nealon, Commander of VFW Post 2307, of Lynbrook, NY, brought Cpl. Gallagher’s story to my attention. Commander Nealon has worked with Cpl. Gallagher’s surviving family to honor his memory by telling the story of his service and sacrifice.

And she continued: “Cpl. Gallagher immigrated to the United States from Ireland at the age of 18 with ambitions of building a better life for himself.

“He stayed with his aunt in Lynbrook, Long Island, where he pursued a career in real estate and began his studies in law school.

“In 1966, Patrick joined the United States Marine Corps to serve in Vietnam. That summer, he went on to save the lives of three fellow service members, while nearly sacrificing his own. Cpl. Gallagher and three members of his unit were attacked while patrolling a defense post in Cam Lo. Patrick kicked away a grenade before it exploded, and when another suddenly landed between two of his comrades, he threw himself on top of the grenade to protect the other two men, almost assuring his own death.  Miraculously, the grenade did not go off, and Patrick threw it into a body of water where it exploded.  Cpl. Gallagher was later awarded the Navy Cross.

“Tragically, he was shot while on duty in Da Nang on the last day he was scheduled to serve in Vietnam, and he died at the young age of 23.

“50 years after his death, Patrick’s family still resides in Lynbrook, and members of the community have mobilized to gather more than 10,000 signatures on a petition requesting that a Destroyer be named in his honor.

“Cpl. Gallagher made the ultimate sacrifice for his fellow Marines and for his adopted country. I have no doubt he is deserving of this honor, and I believe this is an opportunity to keep his legacy alive to guide and inspire current and future generations of American service members and citizens. I respectfully ask that you give Cpl. Gallagher your full consideration as you progress through the Destroyer naming procedure.”

Democrats Rice and Engel both wrote Spencer following an initial letter to the Navy Secretary in similar vein from Senator Charles Schumer.

Are there any other Irish-American heroes we have failed to honor? Let us know about them in the comments section, below.