John Hume, an architect of the Irish peace process and Nobel Peace Prize laureate, passed away on August 3, 2020, in his native Derry. 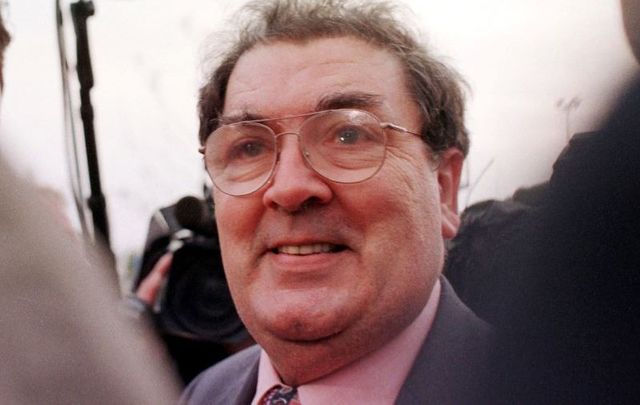 John Hume, a civil rights activist and founding member of the Social Democratic and Labour Party (SDLP), was awarded the Nobel Peace Prize in 1998 for his work on the Irish peace process.

John Hume's family confirmed his passing in a statement issued on August 3, 2020: "We are deeply saddened to announce that John passed away peacefully in the early hours of the morning after a short illness.

"We would like to extend our deepest and heartfelt thanks to the care and nursing staff of Owen Mor nursing home in Derry. The care they have shown John in the last months of his life has been exceptional. As a family, we are unfailingly inspired by the professionalism, compassion, and love they have shown to John and all those under their care. We can never adequately show them our thanks for looking after John at a time when we could not.  The family drew great comfort in being with John again in the last days of his life.

"We would like also to extend our gratitude to the people of Derry and Moville/Greencastle, who have looked after John and shown us so much kindness as his dementia has progressed. Celebrating community in all its diversity went to the heart of John’s political ethos and we are very appreciative that our communities supported, respected and protected John.

"John was a husband, a father, a grandfather, a great grandfather and a brother. He was very much loved, and his loss will be deeply felt by all his extended family.

"John’s funeral will be arranged according to the current government regulations with very strict rules on numbers. We realise this will mean that many will be unable to join us and we will arrange a memorial service and a celebration of his life in due course.  Above all, we know that John would have prioritised public health, and the safety and health of our communities.  We are grateful for your condolences and support, and we appreciate that you will respect the family’s right to privacy at this time of great loss.

"It seems particularly apt for these strange and fearful days to remember the phrase that gave hope to John and so many of us through dark times: we shall overcome." 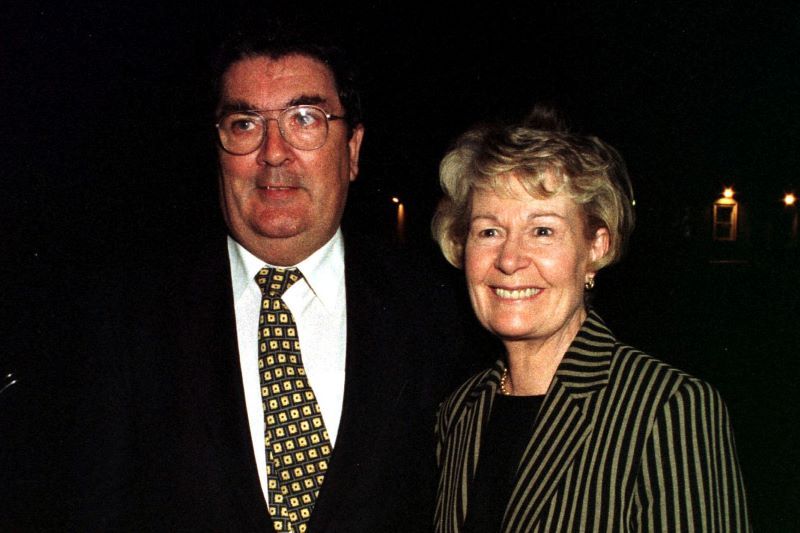 October 16, 1998: John Hume and his wife Patricia on their way for an interview on RTE's The Late Late Show. (RollingNews.ie)

Tributes are now being paid to John Hume and his life's work from politicians of all backgrounds.

The Social Democratic and Labour Party (SDLP), of which Hume was a founding member and served as its leader for more than 20 years, said:

‘I never thought in terms of being a leader. I thought very simply in terms of helping people’.

Nobel Laureate and former SDLP Leader John Hume passed away last night. We all live in the Ireland he imagined - at peace and free to decide our own destiny.

Arlene Foster, the First Minister of Northern Ireland and member of the DUP, said:

Sincere condolences to Pat & the wider Hume family. A giant in Irish nationalism, John left his unique mark in the House of Commons, Brussels & Washington. In our darkest days he recognised that violence was the wrong path & worked steadfastly to promote democratic politics. pic.twitter.com/Ctkdfxa4Au

Saddened to hear of the death of John Hume. A huge political figure in our society for many decades. A leader who took risks that ultimately helped bring about peace. He will be sadly missed. My thoughts are with Pat and his family circle and with his @SDLPlive family.

John Hume was a towering figure, a national icon. I am so sorry to learn of his death. Deepest condolences to his wife Pat, to his children and wider family, friends and colleagues in @SDLPlive

You can read McDonald's full statement on the passing of John Hume here.

Gerry Adams, the former president of Sinn Féin who worked alongside Hume in the lead up to the Good Friday Agreement, said in a statement: "John’s contribution to Irish politics cannot be underestimated. When others talked endlessly about peace John grasped the challenge and helped make peace happen."

Tony Blair, who was Prime Minister of the UK at the time of the Good Friday Agreement, said Hume "laid the foundations for what became the Northern Ireland peace process:"

"He was insistent it was possible to have a peaceful solution to N.Ireland...when he first started articulating it, people said he was deluded, but he kept at it."

"John Hume, through his words, his astute diplomacy and willingness to listen... transformed and remodeled politics in Ireland and the search for peace, with personal bravery and leadership."

Statement from President Higgins on the death of John Hume: https://t.co/4aTQb09PeT

You can read the full statement from President Higgins here.

It is impossible to properly express the scale and significance of John Hume’s life. He was one of the towering figures of Irish public life of the last century. His vision and tenacity saved this country. We owe him and his wife Pat so much. Ar dheis Dé go raibh a anam.

Today, we mourn the passing of one of Ireland’s greatest ever sons. He ranks alongside O’Connell and Parnell in the pantheon of Ireland’s great leaders. He was a patriot, a peacemaker, a democrat, and a great great Derryman. RIP John Hume.

John Hume has died. Ireland, all of us, should bow our heads in respect & thanks. What an extraordinary man, peacemaker, politican, leader, civil rights campaigner, family man, Derryman, inspiration. May he rest peacefully & his legacy live on. Sincere sympathy with Pat & family. pic.twitter.com/XZlYg4zHap

Through his faith in principled compromise, and his ability to see his adversaries as human beings, John Hume helped forge the peace that has held to this day. My full statement on my friend's passing here: https://t.co/JZ42lwYWFR

The below video has been shared widely today in the wake of Hume's passing: