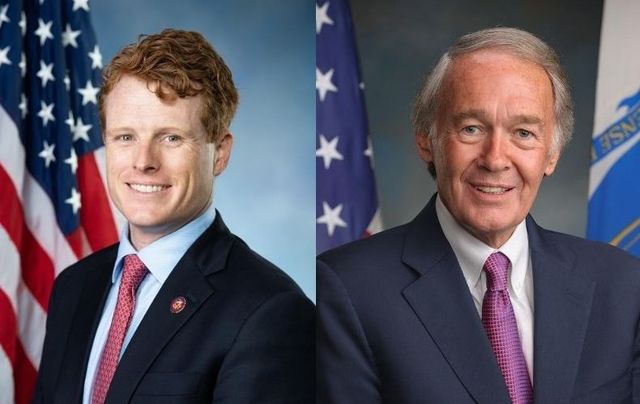 With the Democratic primary for the Massachusetts Senate just days away, the race has taken an unfortunate ugly turn as the Kennedy campaign has accused the Markey campaign of not doing enough to prevent or disavow disparaging behavior.

The duo's primary will be held on September 1.

On August 24, Stephanie Murray, a reporter for Politico, shared to Twitter screenshots of the letter that was sent by Kennedy campaign manager Nick Clemons to Markey campaign manager John Walsh with members of the press BCC’ed.

Joe Kennedy campaign manager Nick Clemons sent a letter to Ed Markey campaign manager John Walsh “requesting a personal and public statement” from Markey “instructing his followers to immediately end the attacks on Joe’s supporters [and] the threats to Joe and his family’s life.” pic.twitter.com/mOsP3STa4Q

In his letter, Clemons wrote: “In recent weeks, the tone and tenor of the Markey for Senate campaign and people associated with it have reached dangerous levels. Despite repeated public requests for Senator Markey and his campaign to disavow and condemn the vitriol of his supporters, particularly online, your campaign has responded with silence, ridicule, and thinly veiled efforts to actually incite further attacks on Joe Kennedy, his family, his staff, and his supporters.

“The tacit endorsement of such negativity has given your supporters licese to not only target student fellows, destroy campaign materials, and vandalize campaign property, but to launch death threats against Joe himself and revisit the assassinations of his grandfather and great-uncle. We understand it is not anyone paid by the Markey campaign making these threats - but it is the direct result of the toxic online ecosystem your campaign has allowed (at best) and encouraged (at worst.) It has now reached the point where our campaign has to report death threats to Capitol Police on a near daily basis.

“The negativity of the “Markeyverse” is not random, one-off, or haphazard. It is a pattern of behavior; one that has grown more vitriolic and unwieldy by the day. It began before Joe even entered this race, when one of the Senator’s top political advisers launched a personal attack on Joe’s family online and, despite initial condemnation, the campaign chose to reward him afterwards. It continues with direct interventions from top Markey campaign aides, sharing offensive content and disparaging Kennedy volunteers doing nothing but supporting their chosen candidate.

“The death threats and assassination references are beyond the pale. But it is the petty and personal attacks on our supporters that we find most disheartening. Reasonable minds can disagree about who to support in this race, between two progressive candidates who undoubtedly shared deep political values. But no matter what side you fall on, we should be able to agree that those who volunteer their time, talent, energy and passion to help drive the democratic process should be commended and celebrated - not disparaged, ridiculed, or attacked. In the age of Donald Trump and the existential threat he poses to our democracy, honest and authentic political participation is more sacred than ever.

“When this came up in our last debate, the Senator claimed no knowledge of it. For all of your reference, I have included a sample of what Joe and our team have faced online for months.”

Murray shared some of the screenshots in a follow-up tweet:

the email included pages of screenshots of tweets. Last sentence reads: “Please note members of the media have been copied on this letter to encourage accountability.” pic.twitter.com/Zoqhkw14Jt

Read More: Joe Kennedy in fight of his life for US Senate seat

Clemons’ letter continued: “You and I are both campaign veterans. We know that supporters get passionate. We know that in the heat of an election, things get sharp. But we also know that at the end of the day, the buck stops with the candidate and his or her campaign. We have both the opportunity and the responsibility to set the tone for our supporters to follow.

“Unfortunately, your campaign has chosen to do the opposite. I am hoping cooler heads can prevail here, and we can agree that this has gone too far. As you celebrate and promote your social media following in Ed Markey for Senate campaign materials, you must acknowledge the influence you can have on those who follow you. We are requesting a public statement from Senator Markey himself instructing his followers to immediately end the attacks on Joe’s supporters, the threats to Joe and his family’s life, and the destruction of Kennedy for Massachusetts campaign materials and property.

Clemons concluded his letter: “Please note members of the press have been copied on this email to encourage accountability.”

In a string of tweets, John Walsh, campaign manager for Ed Markey, replied to Murray’s tweets about Clemons’ letter: “Nick, Thanks for the email. Since you sent it with reporters BCC’d, I guess I’ll just respond here. (for the “accountability” you’re looking for, of course)

Nick,
Thanks for the email. Since you sent it with reporters BCC’d, I guess I’ll just respond here. (for the “accountability” you’re looking for, of course)

I am disappointed that as someone I have known for years you are choosing to end this campaign with crocodile tears. 1/x

“I am disappointed that as someone I have known for years you are choosing to end this campaign with crocodile tears.

“Senator Markey has condemned all vile and hateful speech surrounding this race - and you know it. The Markey campaign has put up with non-stop Kennedy-campaign supported harassment, including... 2/x

“...a pick-up truck spewing negative attacks literally every day at our campaign events attended by families and young people. We don't whine or complain about your ridiculous campaign-supported stunts because...

“... we are focused on our campaign's positive message and supporters. If reporters would like photographic proof of Kennedy campaign attacks and harassment, they can get in touch with me.

“Instead of more disingenuous political stunts, the Kennedy campaign should join ours in closing out the race discussing solutions to the real injustices people face - Medicare For All, the Green New Deal, racial and economic justice - as Senator Markey has done since day one.”

The Boston Globe reported that the day after the exchange between the two opposing campaign managers, a letter signed by “50 notable Massachusetts figures” urged Markey to “publicly and clearly denounce the hateful conduct and speech.”

“The viciousness, the ad hominem assaults, the personal derision — this is the kind of speech and conduct that many of us have worked either individually or in anti-hate organizations to combat,” the letter read. “To see it indulged, let alone tacitly encouraged, by individuals such as yourselves is painful.”

Markey afterward told The Boston Globe: “I said it as strongly as I can, that it has no place in this campaign. I made it very clear on statewide television.

“I condemned it. I said it has no role, and that also [it] has nothing to do with my campaign.”

MassLive reported later on August 25 that Ed Markey’s campaign had reported a suspicious Twitter account to the FBI. The account - @Markeychusetts - had no followers and was following no one, and exclusively quote-tweeted and insulted Kennedy campaign staff and backers, according to MassLive.

Walsh said in a statement on Tuesday night: “Election interference is a serious threat to our democracy. Our campaign will continue to take the steps to ensure that we do not have outside interference or any other malicious conduct impacting this election.

“We once again condemn any hateful or vile attacks in this race and continue to take steps like today’s action. From day one, Senator Markey has run a positive campaign based on the issues that matter to Massachusetts voters.”

A spokesperson for Kennedy’s campaign said: “Capitol Police is coordinating with local law enforcement to provide increased security at all of Joe’s public events.”

On Wednesday afternoon, The Hill, citing a poll conducted by UMass Lowell Center for Public Opinion, reported that Markey was 12 points ahead of Kennedy.