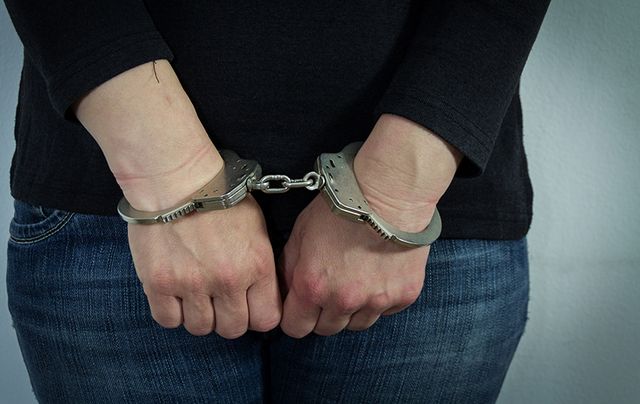 An Irish woman who took a drill to her former fiance's car, turning it into a write-off, has been warned that she could face jail time.

Anna Maguire, 56, carried out a series of spiteful attacks against Andrew Farrer, including super-gluing the locks of his Portrush home closed and poisoning the plants in his garden, Coleraine Magistrates Court heard this week.

According to Belfast Live, closed circuit cameras at Farrer’s home caught Maguire entering his property in the middle of the night as he slept inside. The cameras also captured her campaign of revenge carried out in broad daylight when Farrer was reportedly out at a charity event.

Farrer told the court that Maguire’s got her dander up after Farrer abruptly ended their relationship because she had an “affair.”

Farrer had known Maguire for eight years, he said, including the four years they dated and the two years they were engaged to be married.

In her fury Maguire reportedly struck at Farrer’s Morrison Park home twice within five days in May last year in a rapidly escalating harassment campaign that commenced after she was jilted by her old flame.

CCTV cameras at the victim's home captured the 56-year-old damaging the vehicle in broad daylight https://t.co/h3xTscnOpS

Farrer told the court that Maguire had equipped herself with an electric power drill and also targeted a car that belonged to his new partner, who has since passed away.

But she reportedly contested other charges of damaging the car belonging to Farrer’s then partner, or damaging a letterbox or other harassment charges relating to May of last year, but she was nevertheless convicted of the charges by District Judge Liam McNally this week.

Farrer told the court he had been living with the defendant but they had broken up in 2015 “when I found out she was having an affair.”

Things got worse when he tried to put his key in the front door but couldn’t enter, as it had been super-glued shut. Then Farrer’s “very distressed” partner had to climb through a bedroom window simply to let him into the house.

Inside, Farrer quickly consulted his CCTV unit, which showed Maguire had arrived in a car an hour earlier to superglue the locks and the water nozzles, even gluing the door handles and diesel cap on his car.

She then reportedly pulled out a power drill to puncture his car tire, using it on various parts of his car, apparently even drilling into the fuel line and at one stage crawling under the vehicle to drill where she could.

Convicting Maguire of the charges, Judge McNally said the defendant had pleaded guilty to the May 28 offense.