One of the survivors of the Donegal explosion who saved a child from the rubble said he didn't know how he survived the blast. 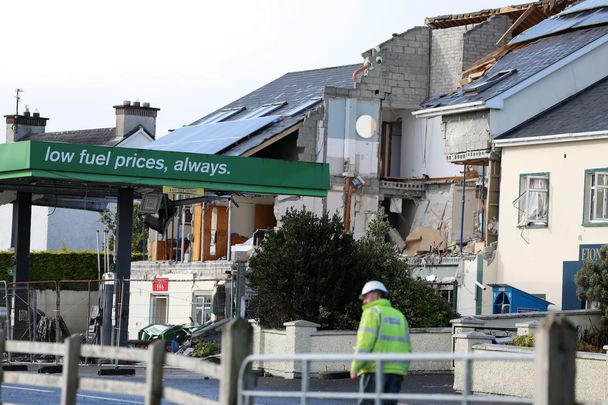 The site of the apartment explosion in Creeslough, County Donegal. RollingNews

Heartbreaking accounts of heroism and desperate rescue attempts center around the tragedy that claimed 10 lives at the Applegreen service station in the tiny village of Creeslough, County Donegal.

One of the few survivors, blown back by the explosion from the entrance to the building, was high-altitude mountaineer Jason Black. He scrambled through the rubble within seconds to lead the recovery bid, as bewildered onlookers started pulling broken slabs of concrete apart before emergency teams arrived.

Black’s cousin, Martina Martin, also known locally by her maiden name Tina Russell, was a 49-year-old mother of four who worked behind the counter at the station. Sadly, she was one of the fatal victims.

Her cousin Jason, 51, who has climbed the two highest mountains on earth, Everest and K2, was near a shattered petrol pump lying near two injured men, when he recovered from the blast and, through ringing in his ears, heard a child crying and an alarm wailing.

Black told the Sunday Times that the crying child was still wearing her schoolbag when he pulled her out of the rubble. Then he went to search for his cousin.

“I know that shop very well and I just couldn’t believe what I was witnessing,” he said. “Part of the shop had collapsed, water was coming in. There was still a huge risk of danger. I could hear people crying from underneath.”

He pulled out his torch and followed the sound of the voices. “I just told them all that it was me, I was there, and that if they could hear me to just please hold on,” Black said.

“There were three people that I could clearly locate deep in the rubble. All I could do was try to comfort them and let them know that the emergency services were on the way. With the magnitude of the destruction and debris…it was beyond my capabilities to do anything else.”

His cousin Tina was one of those he tried to aid. She died in the blast which destroyed the building, which included an apartment block.

He said, “There was no flame or ignition, it was just a puff. And then it went from normal everyday life to a horrific scene on a scale that you just cannot comprehend. I realized I was on the ground and everything had gone to pieces and that I was in the middle of a really serious situation. I don’t know how I survived.”

In addition to a petrol filling station, the Applegreen building also contains a deli, a post office, an ATM and a beauty parlor.  It is the center of village life.

As a grieving Donegal started attending funerals for most of this week – the first were on Tuesday – moving details emerged of the victims’ parts in and contributions to their families and community. 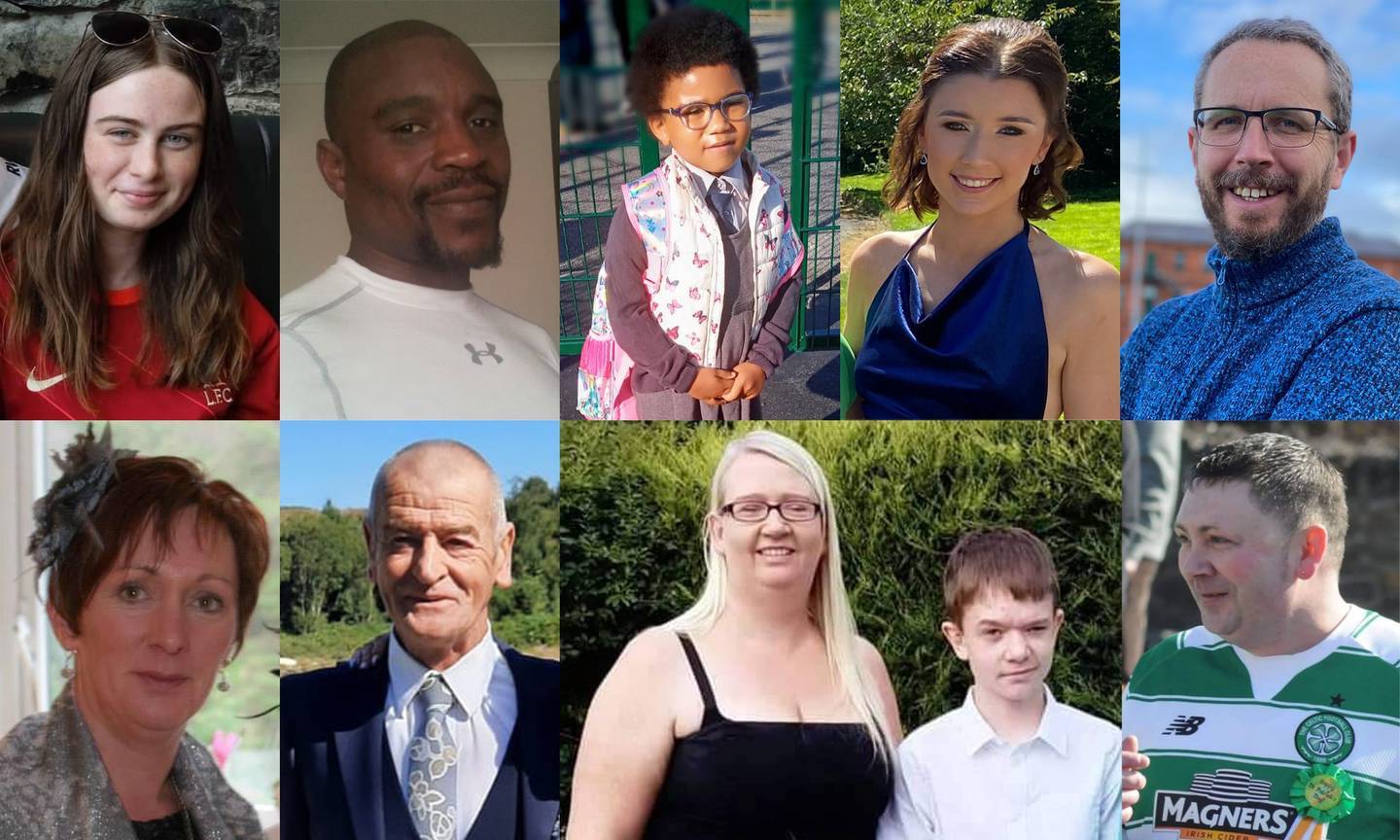 The ten victims of the Creeslough, County Donegal explosion.

Jessica was visiting her boyfriend in his apartment above the filling station. She had studied fashion designing in Paris and Shanghai and was due to start a job in Belfast on Monday of this week, three days after Friday’s blast.

Sports-mad Leona Harper, a rugby player with Letterkenny’s under-14 team, a Liverpool soccer fan, and a boxer, was choosing an ice cream from Applegreen’s fridge and was believed to have been heading off to a friend’s house for a sleepover when the explosion happened.

Catherine O’Donnell, and her son James Monaghan, were queuing at the post office counter inside the service station after the boy got off the school bus to meet his mother. The family suffered bereavement five years ago when Catherine and her partner James Flood’s baby daughter Paige passed away after an illness.

Martin McGill was a carer for his elderly mother Mary who had health issues. His father Joseph died in February.  Martin had ordered a takeaway meal and was withdrawing cash from ATM when the blast occurred.

Robert Garwe, a native of Zimbabwe, was married to a local woman Aine and he was in the shop with his five-year-old daughter Shauna to buy a birthday cake for her mother.

James O’Flaherty, originally from Sydney, Australia, lived locally with his Donegal wife Tracey O’Donnell, a nurse in Letterkenny University Hospital. He was an engineer who had worked in Australia, France, the U.K., the U.S., and worked remotely from his home near Creeslough.

Hugh Kelly, a farmer, was the oldest victim. He was in a long-term relationship with a local woman.

On Tuesday, Jessica O’Donnell’s funeral took place at St. Michael’s, with hundreds of mourners at the Mass.