Shauna Flanagan Darwe, 5, and her father Robert Darwe, 50, entered the Applegreen service station in Creeslough to buy a birthday cake for her mother. Both were killed in the tragedy. 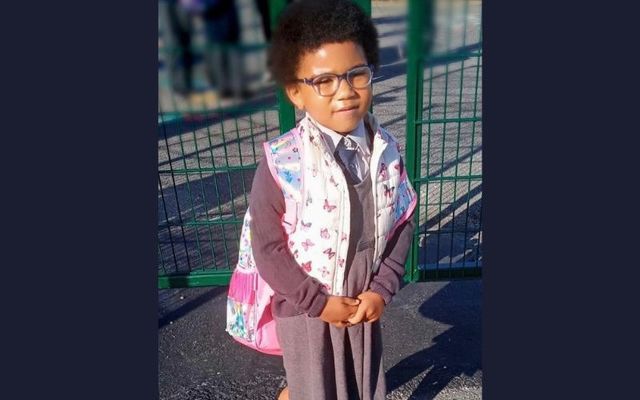 Shauna Flanagan Darwe was the youngest of 10 people to die following an explosion on Friday. Family's Own

A five-year-old girl who was tragically killed in the explosion in Creeslough, County Donegal on Friday was buying a birthday cake for her mother at the time of the blast.

Shauna Flanagan Darwe and her father Robert Darwe, 50, entered the Applegreen service station to buy a birthday cake, according to widespread reports. Both were killed in the explosion, which occurred at 3:20 p.m. on Friday, leaving 10 dead and a man in his 20s in critical condition in St. James' Hospital in Dublin.

Shauna's uncle Killian Flanagan told the Irish Independent that the family had decided to postpone birthday celebrations for his sister Áine - Shauna's mother - until the weekend, which is how Shauna and her father came to be in the service station on Friday afternoon.

"It was Áine’s birthday during the week, and they decided to celebrate it at the weekend, and Shauna was excited about going down to buy a birthday cake for her mum, and this happened. It was as random as that," Killian Flanagan told the Independent.

"She was a great little character. Everyone loved her," he added. "Áine is numb. It’s a birthday she’ll never forget.

"It’s awful. The whole town is distraught. Devastated. We’re from Dublin originally. Áine’s been living here a few years and she has a lot of family, like cousins and aunts and uncles around here."

Catherine O'Donnell, 39, and her 13-year-old son James Monaghan were killed in the explosion while waiting in line at the post office, RTÉ reports.

Jessica Gallagher, 24, a graduate of fashion colleges in Paris in Shanghai, was visiting her boyfriend's apartment above the service station at the time of the explosion. She was due to start a new job as a designer in Belfast.

Leona Harper, 14, a Liverpool fan who played for Letterkenny Rugby Club, was looking forward to watching Liverpool play Arsenal on Sunday with her father, an Arsenal fan. Leona was supposed to go to a birthday party on Friday but decided to remain in Creeslough and have a sleepover with her friend. They were buying ice cream at the time of the blast.

Her brother Andy paid an emotional tribute to his younger sister on Facebook on Sunday night.

"I don’t know where to begin Leona. I couldn’t have asked for a better little sister. You would go mad for me putting this up of you now because it’s an old picture of you," he wrote.

Martin McGill, 49, had ordered food from the local takeaway and entered the Applegreen store to use the ATM.

Local pharmacist Fergus Brennan told RTÉ that Martin regularly visited his pharmacy because he was a carer for his elderly mother.

Martina Martin, 49, worked in the Applegreen service station. She was a mother of four children.

James O'Flaherty, 48, was originally from Sydney, Australia, and had been living in nearby Dunfanaghy for some time.

Hugh Kelly, 59, was a local farmer and the oldest of the victims to die in the explosion.

Mother and baby die in suspected murder-suicide in Dublin